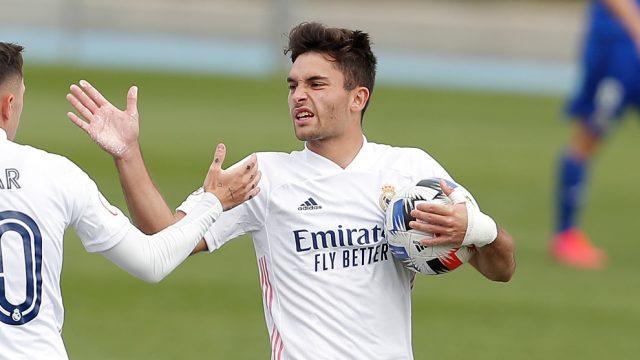 Real Madrid are set to face Inter Milan on Wednesday night at the San Siro in the fourth round of the 2020/21 UEFA Champions League.

The club are without forwards Karim Benzema and Luka Jovic due to injury and illness respectively, leaving the manager with the option of including youngster Hugo Duro in the matchday squad to face the Italian side.

But who is the 21-year-old Spanish youth international who has made the headlines already before his senior debut for the Los Blancos?

Born on November 10, 1999, the forward was given the name Hugo Duro Perales but many have known him for his first two names.

Hugo was born in Getafe, Spain and turned 21 earlier this month. He weighs 76k while also posing a 1,80m in height.

The 21-year-old plays as a forward and came through the youth ranks at Getafe before representing them at the senior side, where he was given the chance to play in the Spanish top-flight as well as the UEFA Europa League.

He was involved in two goals in the league during the 2019/20 season at Getafe – scoring one and assisting another in his 12 appearances for them.

Hugo Duro made the move to join Real Madrid this summer, team up with the Castilla side initially.

During his time with the academy side, the lethal forward has found the back of the net three times in four appearances, an output which had caught the attention of chiefs at the Santiago Bernabeu.

As part of his abilities, the youngster is capable of playing on either side of the wings but prefers the position of a number nine, which has been his best in the last few years.

Some of his specialities include linking up very well with his teammates, and advancing his movement quite well to find a yard of space to cause havoc. In front of goal, Hugo is also lethal and could end up finishing almost all chances that may fall his way.

He is also versatile and has the ability to adapt easily to any position across the attack, slotting seamlessly into a range of different playing styles. He’s a constant threat to the defence of any opposition.

His potential has got a lot of fans looking to see more of him for the senior side in the coming months.