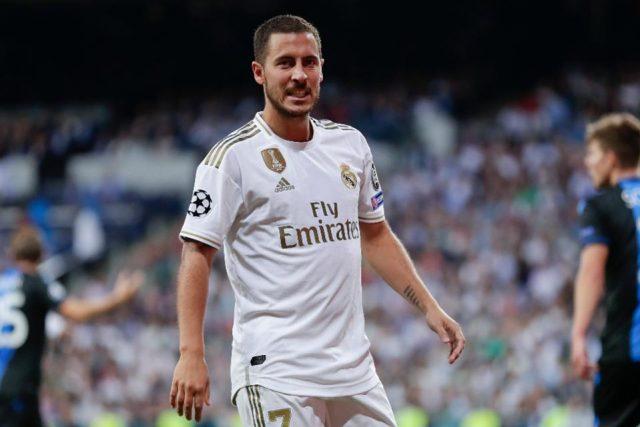 Former Chelsea star Eden Hazard who joined Real Madrid last summer in a deal worth over €100 million has had a difficult debut campaign at Bernabeu since the move.

His first season has been hampered by injuries, with the winger missing majority of the season due to an ankle injury suffered in a 2-2 draw with Paris Saint-Germain in the Champions League.

Speaking for the first time since his surgery in Dallas on his ankle, the Madrid number 7 has already put behind him the woes of the current season.

Hazard was not expected to return to action for Los Blancos before the completion of 2019/20 season but with suspension of La Liga due to the ongoing deadly Coronavirus, the former Chelsea player could feature again for Zinedine Zidane’s side.

In an interview with a Belgian media outlet, Eden Hazard talked about his first season in Spain’s capital and the spread of the novel virus.

“I’m fine! I’m not going out, I’m looking after myself. I’m recovering [from surgery], they took out the stitches last week. Now I can start working a bit harder. I can walk again so everything is going well!” The Belgian told RTBF.

“My first season in Madrid has been bad, but it’s not all bad. It’s a season of adaptation. I’ll be judged on my second season. It’s a great group of players, I’ve met a lot of new people. It’s been a great experience for me. I’ve still got four years left on my contract and I hope to be in form. I don’t know when we’ll play again. I spoke to Zidane yesterday and he doesn’t know either. We just have to try and stay in shape. W don’t know if the league will start up again or not, we hope so and that’ll it’ll be a good end to the season. If we can’t [finish the season] that’s just the way it is.”

Adding his voice to the COVID-19 pandemic in Madrid, Hazard said, “I’m not saying I can’t catch it, but I’m inside the house, nobody’s coming, we can’t see anyone,” he said.

“I’m a little scared, like everyone else, but I especially have to be careful not to pass it on to others [if I get it], that is the most delicate thing.

“We have to take care of ourselves. I am concerned about weaker people, who have more problems, yes.”