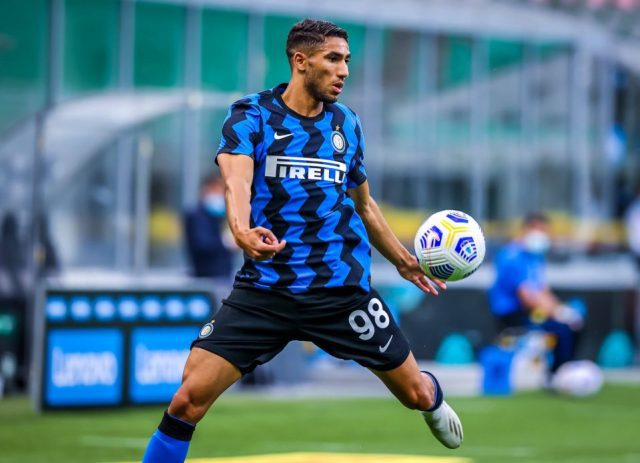 Serie A side Inter Milan have reportedly decided to postpone the initial payment of the transfer fee for Achraf Hakimi to Real Madrid.

The full-back joined Antonio Conte’s men in the summer after realising that he would only return to Madrid following a successful two years loan spell in Germany with Borussia Dortmund to play as a second fiddle to Dani Carvajal.

At the moment, reports say the Milan side are living on a thin rope, with the club stuck with the financial crisis despite their good performances in the league.

The current economic situation being reported dates back to before the outbreak of the deadly coronavirus pandemic. Other media papers claim the present happenings at the club could have a great adverse effect on the sporting future of the team going forward.

English Fund BC Partners are linked to the likely purchase of the Italian side, as they analyse the accounts of the club. The players are also reportedly not receiving their salaries.

This situation has complicated the deal they have with Madrid concerning Achraf Hakimi’s transfer. The Spanish giants were expecting to receive around €10 million of the fee by December but the Inter have postponed until at least March 30.

Madrid as a club are also having to deal with the financial impact of the virus, hence asking for players to take a pay-cut somewhere last year to balance their books.