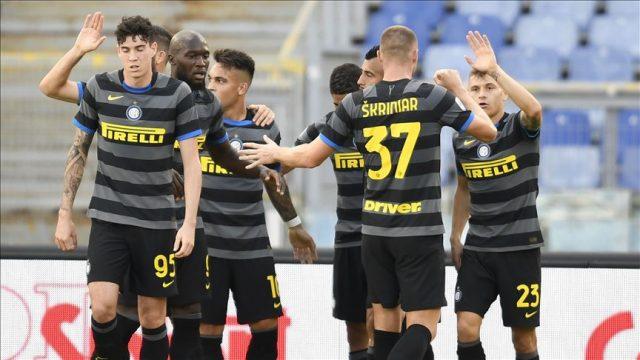 Real Madrid and Inter Milan will square off at the San Siro on Wednesday night with the view of securing a proper place in the group.

Two points separate the two teams with Zinedine Zidane’s side occupying the third place with four points after three games played while Antonio Conte’s side have two points from three games.

We take a look at some players who are likely to turn up against the Spanish team in midweek:

The fullback will have a point to prove after a below par performance on his return to Spain. He is expected to cause some one or two scares for the Madrid defence. Inter will also hope Hakimi is at his full strength compared to the last time out.

The Argentina international was on target for the away side in the last encounter between these two teams. Having been given a rest over the weekend Lautaro Martinez will be hopeful he gets a better impact on the game this time round at the San Siro.

Another brilliant addition to Conte’s team, the Italy international has played a key role for Inter in the last two seasons. With his assist against Los Blancos in Spain the midfielder will be one of the players to keep an eye on in Wednesday night’s clash at the San Siro.

The Belgium international was the hero for his side this weekend in their 4-2 win over Torino, scoring a quickfire double to get Inter into the lead after Alexis Sanchez had pulled one back for them 20 minutes into the second half. With Sergio Ramos certain to miss the game, Lukaku will be a big worry for Madrid’s defence.