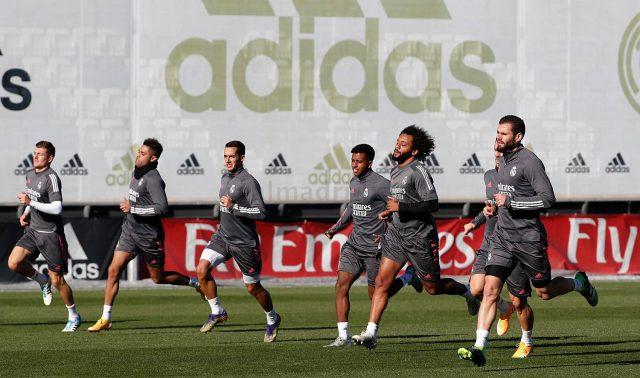 In a fight to secure their qualification for the knockout stages of the UEFA Champions League, Real Madrid are set to play Inter Milan on Wednesday.

The Italian side will host the Spanish champions in the next round of games after losing the reverse fixture by a 3-2 scoreline in Spain.

Real Madrid find themselves levelled on points with second-placed Shakhtar Donetsk, who also have four points after three games played.

Madrid lost their opening game to the Ukrainian outfit before going to draw against Borussia Mönchengladbach and secure a slim win over Inter.

Inter on the other hand played consecutive draws against the German side and Shakhtar respectively before losing to Zinedine Zidane’s team.

The game against Antonio Conte’s side will be as crucial as the remaining ones for Madrid as it could decide their fate in the group.

Having missed the first game at the Alfredo Di Stefano Stadium, Romelu Lukaku is set to retain to the starting lineup in midweek to face the Spanish team.

For Zidane, Karim Benzema is almost certain to miss his second game in a row while Sergio Ramos is also sidelined. Federico Valverde also joins the two captains in the treatment room.