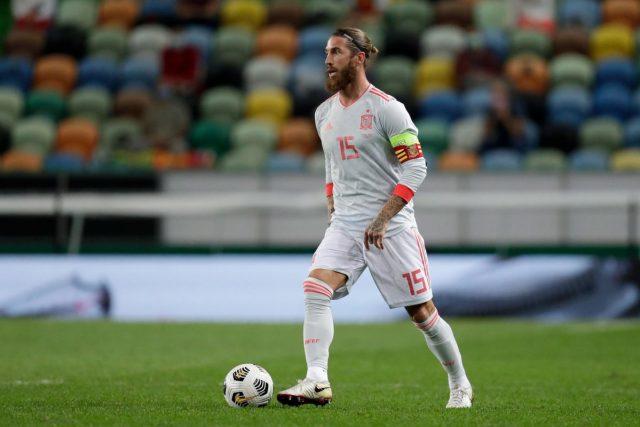 The latest international break has seen 12 Real Madrid players called up to join their respective national teams for the upcoming friendly and competitive games over the next week.

On Wednesday, two of Madrid’s players were in action in the games involving France against Ukraine and Portugal versus Spain.

Varane played the second 45 minutes of the French team’s  first game of the international break against Ukraine, in which the reigning World Champions convincing beat Andriy Shevchenko’s side.

Ferland Mendy was also unable to play a part in France’s win as his call up came as a result of Leo Dubois testing positive for coronavisrus which meant he is replaced.

There was no Lunin in the Ukraine squad neither was he also named on the bench by the coach but the goalkeeper will be hoping he gets some minutes to his name going forward.

France are expected to play European Champions Portugal in their next game in the UEFA Nations League.

Elsewhere, Madrid captain Ramos got some minutes in the ‘tank’ also in Spain’s 0-0 draw with Portugal on Wednesday night. The central defender made his 172nd appearance for the Spanish national team after replacing Eric Garcia in the 82nd minute of the encounter.

The 34-year-old came close to opening the score shortly after coming on but his header from a Jose Campana corner went wide of Rui Patricio’s goal post.

Spain will host Switzerland in their next game of the break, a contest with the Swiss in Group 4 of the League A side of the Nations League before rounding up the internationals with a game against Ukraine.