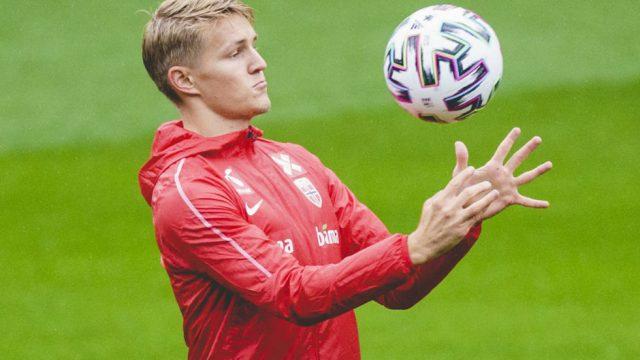 Away from club duties, Real Madrid players have been away with their national teams in the last few days.

Wednesday saw Raphael Varane and Sergio Ramos in action while Martin Odegaard returned to the pitch for his national team last night.

Norway played against Serbia in the play offs for the upcoming 2021 European Championship slated for next June.

The 21-year-old played 111 minutes in their 1-2 loss to Serbia managing some decent statistics in the game.

Odegaard recorded an assist during his time on the pitch, setting up Mathia Normann for a second half equaliser before the Serbs won the match in extra time.

The attacking midfielder was one of the best performers on the night for Norway however his impact was too little to get his side qualified into the finals of the play offs for the competition.

Luka Jovic was however an unused substitute on Thursday night, as his side progressed to the finals of the play offs where they will face Scotland for a spot in the main competition.

In the CONMEBOL World Cup Qualification, Federico Valverde played all 90 minutes for Uruguay in their 2-1 win over Chile on Thursday as well.

The midfielder managed 53 touches completing 34 of his attempted passes in the game. Valverde also won five out of nine attempted ground duels while hitting also hitting the woodwork once.