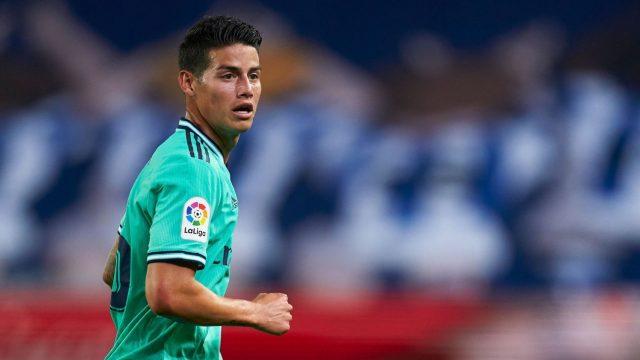 Real Madrid continued their winning streak since the restart of the league against Athletic Bilbao on Sunday, winning 1-0 at the San Mames.

James Rodriguez was not included in the squad that was presented for the game on Sunday, which had been linked to the fact that his relationship with Zinedine Zidane was behind the decision.

The pair have hardly enjoyed a smooth relationship at Real Madrid, and it is reported that their relationship no clear of coming back soon.

James has been restricted to the bench for most part of the season and is said to be ready to quit Madrid for another challenge.

However, the manager has revealed during his post-match press conference that, it was the call of the Colombian to be left out for the trip to Bilbao. “He wanted to be left out for personal reasons”, Zidane told Edu Pidal of Onda Cero.

The Frenchman was also asked to give an insight into the claims about James by Diario AS. He explained: “It’s our business. I was asked, and I gave an answer. That’s all there is to it. I’m not going to talk any further about it.”

This is the first time the former Monaco midfielder has been left out of the squad since the league’s restart, and came in following his comments on his lack of playing time claims during an interview with Gol Caracol of Colombia.

“That’s a good question, I’d like to know myself. It’s also complicated when the coach isn’t playing you all of the time, you can’t really show what you can do when you only play for a small amount of time. Those involved in football know what I mean,” he explained.