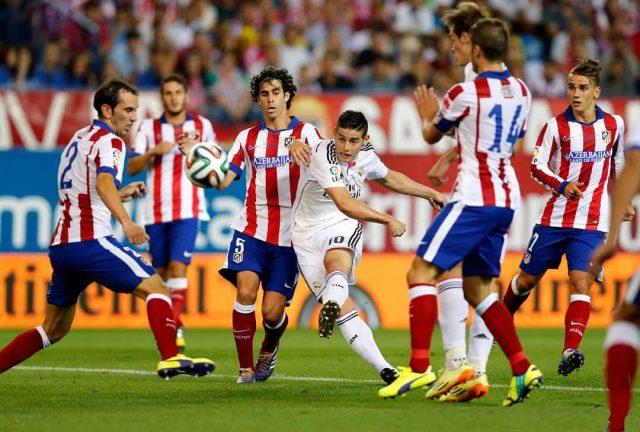 Reports emerging out of Colombia indicates that James Rodriguez is willing to force a move to Atletico Madrid this summer.

Upon his return from his two-year loan spell at Bayern Munich, the player has been frozen out at the Santiago Bernabeu under Zinedine Zidane.

A move to the rival club looks to be heating up this year having been denied the opportunity to move to the other side of the Madrid last year after returning from Germany.

According to AS, talks between the two clubs were at an advanced stage last year but the 7-3 trashing of Zidane’s side in a preseason friendly led to Florentino Perez blocking any potential deal.

However, El Universal, a Colombian newspaper has reported that the 28-year-old is set to push for a move to Diego Simeone’s side.

“James Rodriguez will remain in Madrid and play for Atletico,” read the headline on the paper’s front page. The paper continues to report that Real Madrid are set to demand a fee of around £25 million for the former Monaco midfielder.

Despite claims by Jorge Mendes that his client will not leave Los Blancos, it is impossible to see James staying at the Bernabeu beyond this season due to his lack of involvement.

James has also been linked with a move to the Premier League with Carlo Ancelotti’s Everton touted as a possible destination.