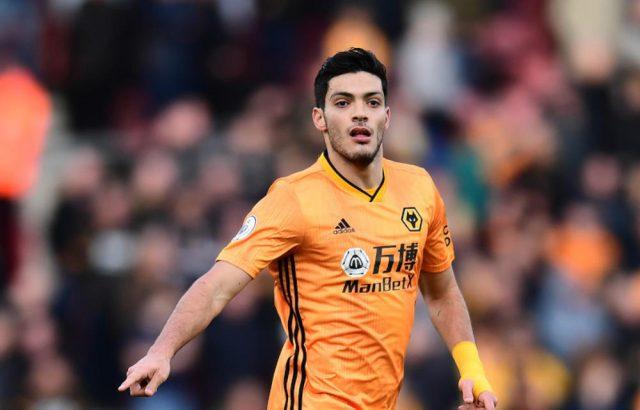 Raul Jimenez has been one of Wolverhampton Wanderers biggest performers in the last two seasons and has seen him attract interest from many top clubs.

Manchester City, Manchester United, Chelsea, Arsenal, Real Madrid and Juventus have all been monitoring the forward and keen on adding the player to their squad for next season.

According to the player’s father, the Wolves no.9 find these interests as “cool” but his entourage are yet to hold any talks of a future away from the Molineux.

The 29-year-old had scored 22 times for Nuno Espirito Santo’s team but has failed to rule away any possibility of a move away and now his father has admitted Jimenez loves being in the spotlight with football on hold due to the coronavirus.

His father said to Medio Tiempo: “Raul has always said it’s something very cool (to hear of the interest).

“He’s very happy at his club, hopefully getting into positions for Champions League and Europa League at the moment. Always for him, all of that will be very gratifying, very cool to hear those comments.

“Right now is the time of rumours, God willing the league hopefully resumes next month and that’s where we are right now. The rest, there is nothing. He’s only commented on what he sees that they publish, but nothing at the moment.

“Later, if there is something different, we will see. But now, yes, they are mere speculation and rumours.”

Speaking on reported links from other clubs, Jimenez said: “I find out [about transfer links] through social media. They have already put me at Real Madrid, Chelsea, Manchester United, Arsenal and every day comes out a new team that want me.

“I have to be calm. If they are talking about me, it is because I am doing things well; I would like to continue in England. I am happy, adapted and I like the idea [of staying in the Premier League].

“If you tell me that tomorrow an offer from Real Madrid or Barcelona comes, it is obvious that you do not let such an opportunity go, but if I stay here, I am fighting to qualify for the Champions League, for important things.”