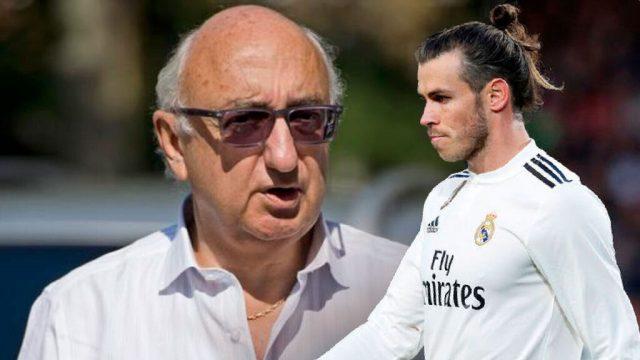 Jonathan Barnett has confirmed Gareth Bale will not be leaving Real Madrid in the summer, adding that “the best players in the world don’t go out on loan.”

The Wales international hasn’t been part of Zinedine Zidane’s plans this season, making 16 appearances in the Spanish top-flight, and was only involved in two games since the league resumed.

Bale was left out of Madrid’s last game of the season against Leganes on Sunday, triggering reports he had played his last game for the Spanish giants.

Barnett however insists his client will not be leaving Madrid despite rumours of the club willing to offload him when the transfer window opens.

“Gareth is fine. He has two years left on his contract,” the Wales international’s agent told BBC Sport. “He likes living in Madrid and he is going nowhere.

“He is still as good as anyone else in the team. It’s up to [Real Madrid manager] Zinedine Zidane. Of course here’s been interest but there’s hardly a club in the world which can afford him. It’s a great loss that he’s not in the Real Madrid team at the moment but he will not leave.”

The agent also cooled reports of a broken relationship between his client and Zidane despite the former looking more like being frozen out at the club.

“Gareth is not looking to outlast Zinedine Zidane. Mr Zidane has been very successful,” Barnett said. “There’s no hatred. Mr Zidane just does not want to play him. Gareth trains every day and he trains well.”