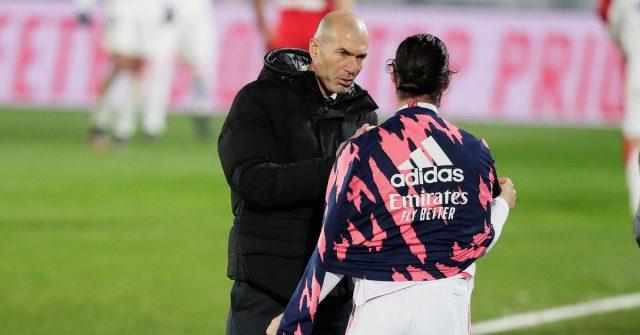 The former general manager of Real Madrid, Jorge Valdano took his turn on the media airwaves, speaking with Spanish program Onda Cero, after the Granada match in which the Los Blancos recorded their sixth consecutive victory.

Valdano talked about the supportive players in the Madrid dressing room while also stressing on some decisions made by Zinedine Zidane during Wednesday night’s game at the Alfredo Di Stefano Stadium.

“Those who said they were withering, now are saying they are the best. Ramos, Modric, Kroos, Benzema — they are the ones who are supporting the team,” Valdano explained.

The Argentine also raised the issue of a long term replacement for Luka Modrić in the team while explaining the decision of the manager to bring on Marco Asensio rather than Vinicius Junior when Rodrygo Goes went off the field injured.

“Modric’s replacement? Valverde is more consolidated in the team than Odegaard. But, Zidane believes in Odegaard, and little by little, will start to give him opportunities,” he explained. “I was surprised that Vinicius did not enter after the injury to Rodrygo, but another one of Zidane’s clear bets is Asensio”.

Isco has been in the middle of discussion with reports linking him with a move away from the Santiago Bernabeu but Valdo believes Zidane’s decision to thrown on the Spaniard instead of Martin Ødegaard is a clear indication of his desire to keep him.

He added: “The fact that Zidane put Isco in was a message to the player: ‘I don’t want you to leave’. If it were not like that, then I would have put in Odegaard, who is the future.”