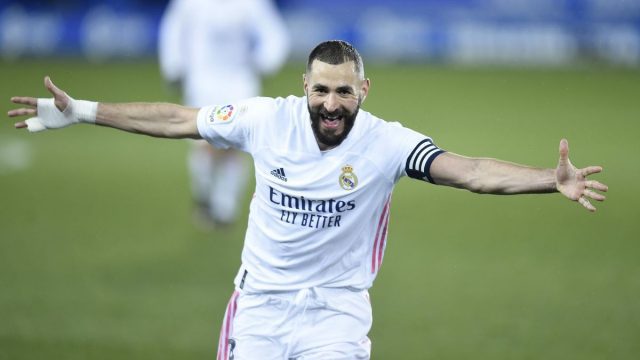 Madrid beat Deportivo Alaves on Saturday night with a 4-1 scoreline, with the Frenchman scoring twice as he joined the Pichichi race once again.  Benzema’s goals meant that he is now two shy of top scorer Youssef En-Nesyri.

Going into the game against the 17th-placed team, the Los Blancos were under pressure have been knocked out of the Copa del Rey by third-tier side CD Alcoyano on Wednesday.

“It was a good game for us, for our confidence,” Benzema added. “We have to keep working as we have until now, which is what we need to do after a difficult week.”

Things finally worked out for Madrid’s attack at the Mendizorroza Stadium having struggled in front of goal recently.

“We work on it every day – goals, crosses, passes…” He continued. “Today, the goals went in. We’re on the right track after a tough week for us.

“You always feel the pressure [to score] in this team. I always want to help my teammates and I did that today – but not just me, but all my teammates.”

The 33-year-old also commended the performance of teammate, Eden Hazard, who has been less influential for the club since joining them from Chelsea.

“He was a great player at Chelsea and now he has to make history again at Real Madrid,” Benzema said on the Belgium international. “He’s looking good to me and he’s going to help us a lot.”