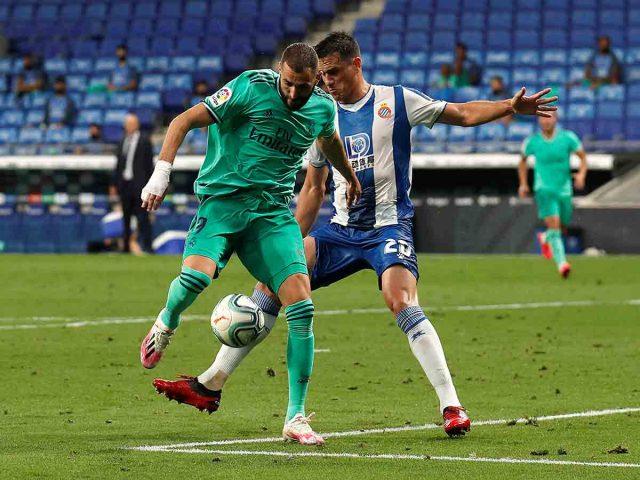 Real Madrid frontman Karim Benzema was the spotlight in the club’s win over Espanyol to go top of the Spanish La Liga table.

Casemiro was the one on target to give Madrid the win but it was the 32-year-old who provided the magic with his assist.

And speaking to the press after the game, the attacker reserved plaudits for the Brazilian’s composure to finish the move while talking about the importance of the win.

“It was a good play but the most important thing is the goal that came after”, Benzena said to Movistar Plus.

“Casemiro scores a good goal, we’re very happy. The backheel? That’s how I see football, I knew Casemiro was behind me”. 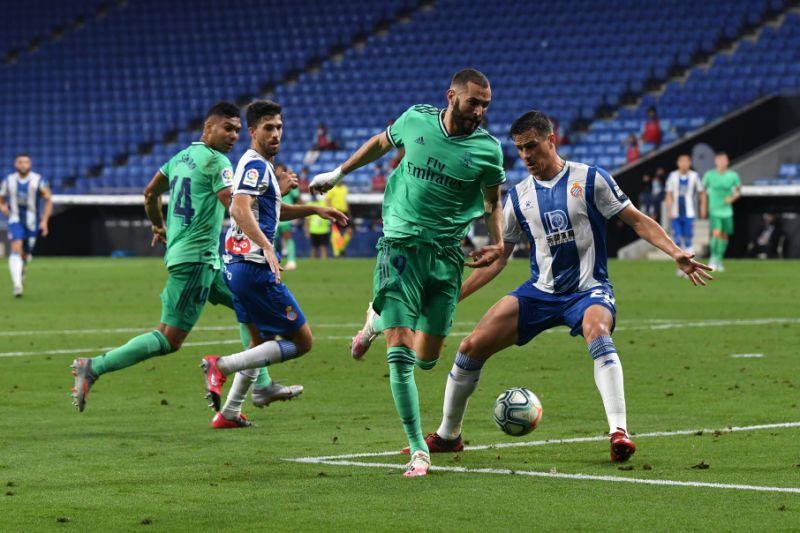 Benzema also admitted to paying close attention to the games of Barcelona when asked whether the team look at their results.

“Well, of course we look at what Barcelona do even if we’re only focused on our job. I won’t talk about Barcelona, but we’re in good form. We’re taking it one game at a time and each match is a Final for the Liga title.”

Since the return of the domestic season in Spain, Lis Blancos are the only side to win all five games so far – beating Eibar, Valencia, Real Sociedad, Real Mallorca and Espanyol respectively.

Benzema added: “We’re happy about our form and wanted to get the win. We came out very focused, earned the three points and now we can go home.”

Despite the many criticisms he faces, the Frenchman has been one of the best performers for the club in the 2019/20 La Liga season with his 17 goals and seven assists in 31 games.