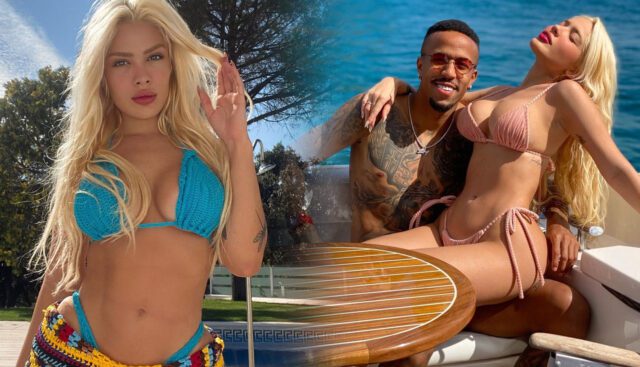 In this piece, we will get to go beyond the camouflage of Eder Militao’s girlfriend Karoline Lima. We don’t intend to cut through anyone’s privacy, we only want the fans to feel closer to the players and who they are beyond that field.

Real Madrid have been on the uprise over the last few years since the mess in the 2018/19 season. The last two seasons have been an indication of the club’s improvement and one man who has been in the thick of it is Eder Militao.

The Brazil international has been on the constant rise and he could go on to get better should he continue the path he is riding on at the moment. With 39 appearances already this season, Militao has become an integral part of Carlo Ancelotti’s team and is expected to commence contract extension talks with the club in the coming months.

However, Militao’s career is not our focus in this writing. We take a closer look at his love life with Karoline Lima.

The first rumours of Militao and Karoline being in a relationship started back in June 2021, after the latter was seen at the Santiago Bernabeu but the pair took it to social media after the Copa America final last year.

Who is Karoline Lima?

Karoline Lima is an Instagram star and influencer, who got famous as a result of her modelling career. Her relationship with the Brazilian looks to also have given her public visibility.

Born in Brazil on March 26, 1996, Karoline is two years older than the Madrid central defender.

For someone whose date of birth connects to having Aries as a zodiac sign, she is a very confident and determined person. Karoline Lima is also known for her strong leadership and ambitious character.

With no information on her family life, the parents of Karoline are not identified while we cannot also confirm whether she has siblings or not.

Not only does she serve as an Instagram star and influencer, but the 25-year-old is also a YouTuber with over 109,000 subscribers on her account.

Karoline is an active person on social media, possessing accounts on Instagram and TikTok.

Karoline Lima and Eder Militao are about to become parents to a baby girl after announcing in December 2021 that they were expecting their first child.