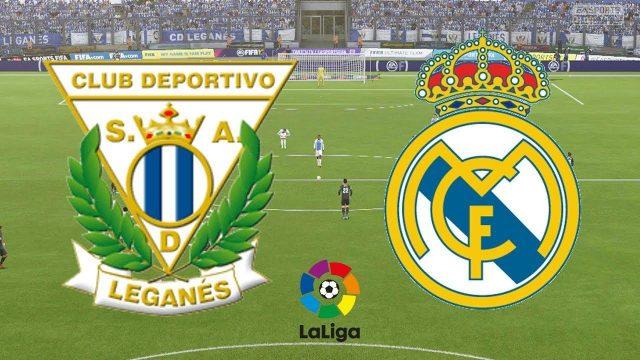 Real Madrid will play their first game as La Liga champions when they travel to play Leganes on Sunday.

Madrid were crowned league champions after defeating Villarreal at the Alfredo Di Stefano Stadium on Thursday night with a 2-1 scoreline.

Leganes’ 2-0 win over Athletic Bilbao at the San Mames only lessened the gap between themselves and 17th-placed Celta Vigo, as they continue fight for survival. Los Pepineros have had a far too impressive form in the month of July, winning three times and drawing one, which came against Eibar. The unbeaten run comes following a 0-3 defeat to Sevilla at home at the end of June.

Los Blancos on the other hand have won all their games since the restart of the league last month, which seen them achieve their 34th La Liga title.

With the away side crowned champions, Leganes will be hoping to capitalise on what could probably be a game they look to play everything. They are 18th on the league table and a win for them, while Celta suffer a loss could see them remain in the top flight for the next season.

Suspension rules out Ruben Perez for the clash following the yellow card received against Athletic. The quartet of Kenneth Omeruo, Kevin Rodrigues, Oscar Rodriguez  and Guido Carrilo will undertake late fitness test to check their availability.

For Zinedine Zidane, Marcelo is not the only player missing out through injury.

But there is the likelihood starts could be handed to some of the fringe players in the team.

Time for Real Madrid to play for Karim Benzema?

Villarreal looking to sign Oscar Rodriguez in the summer