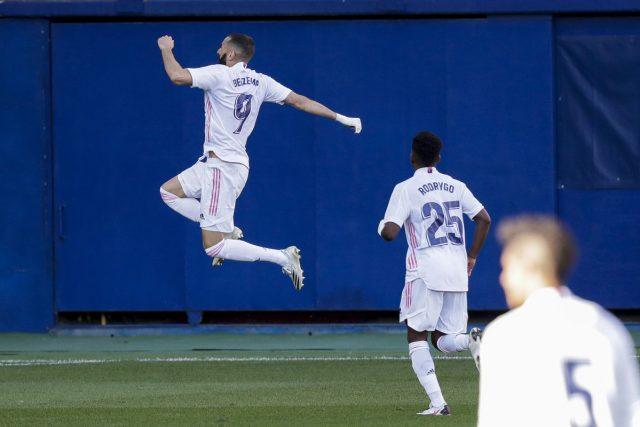 Real Madrid extended their unbeaten start to the 2020/21 La Liga season after beating Levante by two goals to nil away from home.

The now league leaders secured the win kind courtesy of goals from Vinicius Junior and Karim Benzema, with Thibaut Courtois also turning up in style with some decent saves.

Here is what we learnt from Madrid’s win over Paco Lopez’s side on Sunday afternoon.

Nacho not finished yet

With Dani Carvajal and Alvaro Odriozola both suffering injuries prior to the game, Madrid were left with no natural right-back for the game. However, Nacho Fernandez was handed his first start of the season and he did fairly well at the right side of defence, making a claim that he could play an important role when called upon.

Vinicius far from being clinical

He may have scored a stunner against Levante, but Vinicius Junior has got to work more his finishing. The Brazil international could have gone on to grab a hat-trick on Sunday but his decision making in the penalty caused him and he would need to pay more attention to it.

Valverde gives balance to the team

Federico Valverde was again was among Los Blancos best performers against Levante on Sunday. The Uruguay international has started the season strongly just as he did during the 2019/20 campaign.

His ability to support in both defence and attack is proving to be an advantage for Zidane and this has eased much pressure on Casemiro.

The box-to-box midfielder made four interceptions while also winning three tackles as Madrid made the middle of the park a difficult place for the home side.

Arguably the best performer from a Madrid player throughout the game, Thibaut Courtois looks to have found his mojo back and is winning games for the club.

The shot-stopper made four decent saves during the entire game with two of them coming in the box. Last season’s Zamora winner has conceded just twice from open play this season in four games.