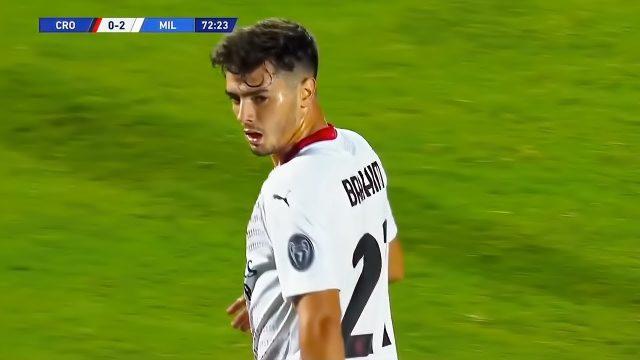 On loan at AC Milan, Brahim Diaz opened his scoring account for the Serie A side on Sunday following his goal against Crotone.

The player was given his first start of the 2020/21 campaign by the manager after coming off the bench for his competitive debut against Bologna last weekend.

Diaz moved to Milan on loan during the summer transfer window after failing to be given assurances over enough playing time at the Santiago Bernabeu by manager Zinedine Zidane.

However, in Italy he tends to have adapted quickly with Staefano Pioli keen to give the youngster a chance to rekindle his potential on the field of play.

Diaz played 28 minutes of football in their opening Serie A fixture but that was enough to earn him a start in the second game and the player disappoint the player for trusting his potential, repaying him with a goal.

The 21-year-old started from the left wing in a 4-2-3-1 formation over the weekend though he normally loves to play as the No.10 but the new role could be a good move for him to secure more playing time.

During 83 minutes on the pitch, here is an assessment of his performance against Crotone as displayed by @SerieAScout on Twitter.

He will be hoping for more of the same displays in subsequent times in a bid to try and convince Zinedine Zidane that he is worthy of a place in his team.

The former Manchester City midfielder would prove to be crucial for the Italian outfits considering his ability to cover all three positions behind the striker.

For Madrid, it is about getting Diaz to play regularly which is why they only agreed to a loan deal rather done sanctioning an outright sale.