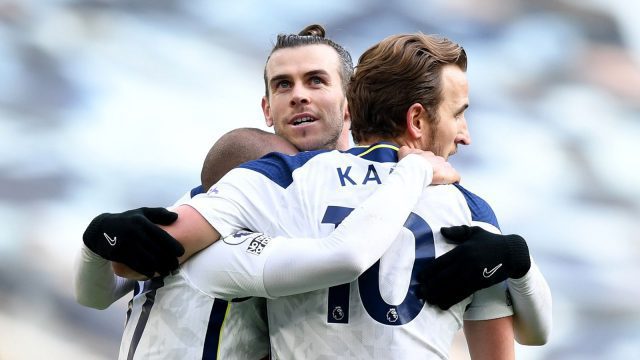 Tottenham Hotspur recorded a very convincing win over Burnley on Sunday in the Premier League, scoring four goals past Sean Dyche’s side. However, it was the performance of Real Madrid loanee Gareth Bale which grabbed the headlines after the player contributed to three of four goals on the day.

The Wales international scored two and assisted one as Jose Mourinho’s men bounced back to victory in the Premier.

Bale had been struggling for game time due to fitness issues per the words of Mourinho, who felt the player was never 100% fit.

However, the narrative was a bit different as the 31-year-old reminded football fanatics of his incredible quality on the pitch when given the opportunity.

Tottenham manager Jose Mourinho praised the player and says he is eager to see him flourish in his second spell at the club. He said: “Sometimes people write things, and sometimes, some of you like to imagine stories, you need to write stories and sometimes you like to say things that are not really true but there is not one single manager in the world that doesn’t play Gareth Bale if Gareth Bale is in very good condition.

“There is not one, but now he is better than ever”

The Real Madrid loanee has now been involved in five league goals in nine games, and he could persuade the North London side to sign him permanently if he continues to impresses week-in and week-out.