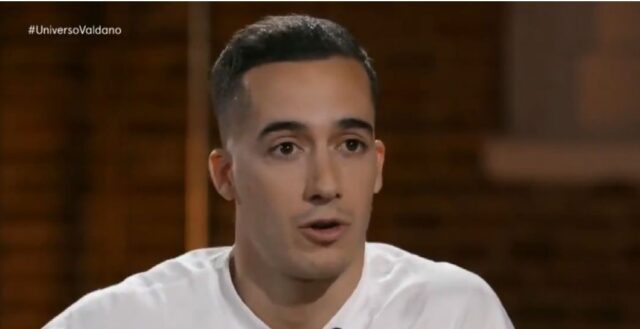 Real Madrid forward Lucas Vazquez says he remains unperturbed about his future at Real Madrid despite his contract expiring soon.

The winger spoke to Jorge Valdano in an interview where he talked about the decisions he has made with regard to his career.

“I’m calm. Who wouldn’t want to keep playing for the world’s best club? We will know something soon, I can’t imagine my life without football,” said Vazquez, suggesting that a contract extension might actually be likely.

“Sergio is our main leader and Ronaldo a world-class player. They both give their best in every training session. The way Ramos, Cristiano or Modric make you play better is contagious. You learn from them and become a better player every day,” he added.

Having excelled as a makeshift right-back, Vazquez played mainly as the second-choice in the absence of Daniel Carvajal. When asked about his about his adjustment to that position the player said: “I went from being an offensive winger to just a winger. Football basically evolved and developed so that every winger played as an inverted winger on opposite flanks and natural wingers like me are hard to find now. Until this season I wasn’t comfortable playing as a right-back, it was a strange feeling.”

On his knee injury which has kept him on the sidelines for over a month now, the 29-year-old replied: “I always give my very best when I step onto the pitch. First I thought it was just a knock and then after seeing the tests, I sighed because it could’ve been more serious. It will allow me to be at my best after six weeks, there’s no timetable for me to return and recover as soon as possible.”

Lucas Vazquez will be out of contract at the end of next month but the club are still hopeful of getting him to put pen to paper on a new deal at the Santiago Bernabeu.