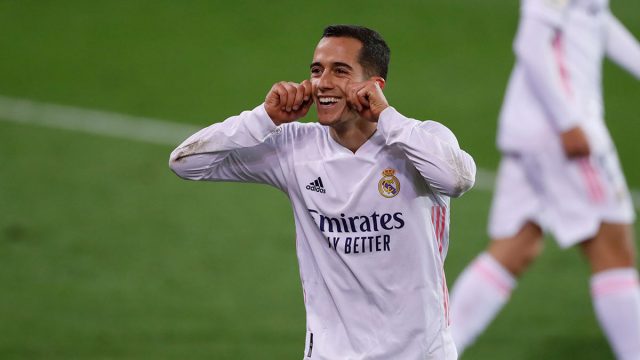 Real Madrid winger Lucas Vazquez has rejected the opportunity to secure a transfer to rivals Atletico Madrid at the end of the 2020/21 campaign.

The player’s current contract comes to an end at the close of this season and there various reports that the club are looking to improve their offer to see the Spain international continue at the club.

According to a Spanish report, Diego Simeone’s side sent a proposal to the player’s entourage but the player showed appreciation for their interest while declining their offer.

After many years of wearing the Real Madrid jersey, Vazquez is said not to be interested in representing Real’s city rivals next season.

The 29-year-old is also being watched by clubs such as Arsenal, Manchester United, Paris Saint Germain and AC Milan ahead of the summer transfer window.

However, Madrid are reportedly ready to improve the offer on the table from €3.5 million a year to €5 million, a move which could see the Galician continue at the Santiago Bernabeu.

Milan have also been identified as one of the clubs who have made a concrete offer to the Spaniard to convince him to leave the Spanish capital at the end of the season.

Until his injury, Vazquez was playing an important role for Zinedine Zidane’s side in the absence of Dani Carvajal – shifting into the right-back position.

Vazquez’s future could also depend on the decision Sergio Ramos makes considering the pair have a strong relationship since the former arrived at the team.

Should he decide not to renew with Madrid, Vazquez could possibly choose Italy as his next destination with Milan his new home.