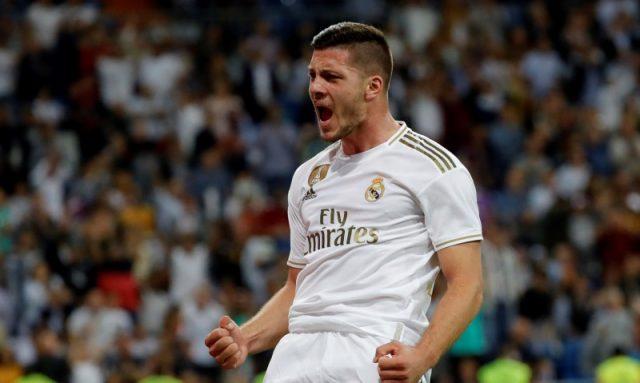 Real Madrid attacker Luka Jovic is set to stay out the club’s return to the training grounds on Monday due to injury.

The Serbian was at the club’s training grounds together with his team-mates to undergo the coronavirus tests on Wednesday as a measure to kick-start the season’s resumption.

Los Blancos are set to begin training session on Monday with a view of restating the league on June 20 as revealed by Javier Aguirre, though there has been no official announcement with regards to the date.

However Jovic has sustained a fractured foot while in lockdown, according to Madrid – that could make him a major doubt for the season restart.

“After the tests carried out today on our player Luka Jovic by the Real Madrid Medical Services, he has been diagnosed with an extra-articular fracture in the calcaneus bone of his right foot,” a statement published on the club’s website reads.

The injury comes in at the wrong time for the forward who has endured a frustrating first season at the Bernabeu since switching from Eintracht Frankfurt in the summer.

The 22-year-old have found opportunities hard to come by and has found his confidence level on the low. He has been involved in 24 games and has scored just two goals, mostly playing as a second fiddle to Karim Benzema.

Jovic has also been in the news lately with reports claiming Zinedine Zidane is not convinced by the player and looking at the possibility of offloading the youngster.