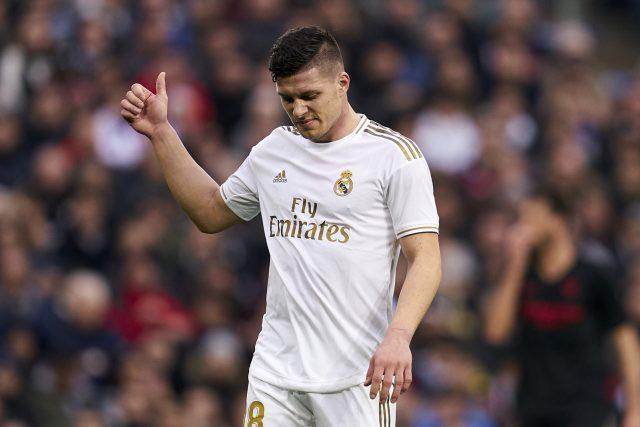 Manchester United have reportedly been offered the chance to take Real Madrid forward Luka Jovic on loan for the 2020/21 campaign.

Jovic arrived at the Santiago Bernabeu last summer but has found it difficult to adapt to the demands of the club thus far, though playing time has also played a part in his lack of continuity.

The striker is said to be open to the idea of moving on loan to secure enough playing time after he was left on the bench on many occasions during the 2019/20 season.

Eintracht Frankfurt, where he played during his time in Germany were said to be willing to take him on loan however there has been no developments on any deal.

And the player is said to have been offered to the Premier League club, who are understood to be in the market for a striker before the close of the transfer market on October 5.

A deal to Man United would likely make a lot of sense for the 22-year-old, who has not really impressed during his limited outings for Zinedine Zidane’s side.

The Frenchman has always preferred Karim Benzema to the Serbia international and the latter is said to be itching for more playing time which is likely not to come at the club.

At United, Jovic is likely to rival Anthony Martial for a starting spot in Ole Gunnar Solskjaer’s team. The France international despite being one of the best performers for the Red Devils has not really started the season as expected and there have been calls for the manager to dig into the market for a forward.

With just little under a week until the end of the summer transfer window, there are many options for the Serbian to consider but Madrid would want a club that would see very well to his continuity if they are to sanction a loan move for him.