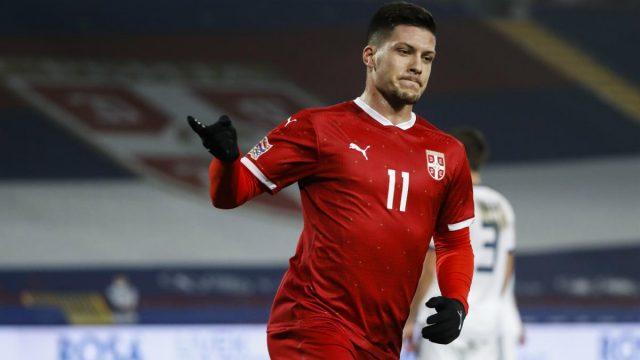 Real Madrid have confirmed that striker Luka Jovic has become the latest player amongst the squad to test positive for coronavirus.

The Serbia international was confirmed to have returned a positive test on Friday, two days after bagging a brace for the national team.

Having had a fruitful spell away from club duties, the forward was hoping to make the most out of Karim Benzema’s absence but those hopes seem to have been dashed after the club confirmed he has tested positive for coronavirus.

A statement from the Spanish champions read: “Real Madrid informs that our player Luka Jovic has given a positive result in the Covid-19 tests carried out on Friday morning.”

Though his return is yet be confirmed, the player is expected to go into self-isolators in the coming days to see if he can return a negative result.

The recent positive test is not the first Jovic has produced since the virus struck. He was the centre of attraction back in March following his failure to adhere to the regulations pertaining to the virus.

Zinedine Zidane will be hoping that the Serbian produces a negative result in the next round of testing.