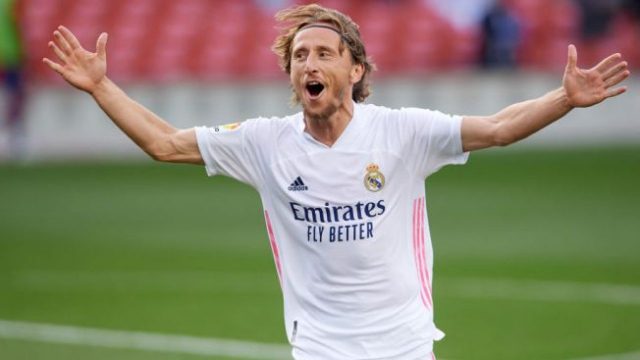 Luka Modric has been rewarded for his performances for the club during the last month of last year. The midfielder has been adjudged the winner for the December Player of the Month.

The Croatia international started in all but one of the seven games the club played during the month of December. He featured in games against Sevilla, Borussia Mönchengladbach, Atletico Madrid, Athletic Bilbao, Eibar, and Elche, all in the UEFA Champions League and La Liga respectively.

During that time, the 35-year-old was involved in two goals and one assist, beating his other teammates to the award.

Modric despite nearing the end of his playing days has become a very important unit in Zinedine Zidane’s set up and the club are already working on extending his contract for another year.

It will be all fun to see ‘Lukita’ be at the club for one more year, producing the same commanding performances he has come up with in the last two years.