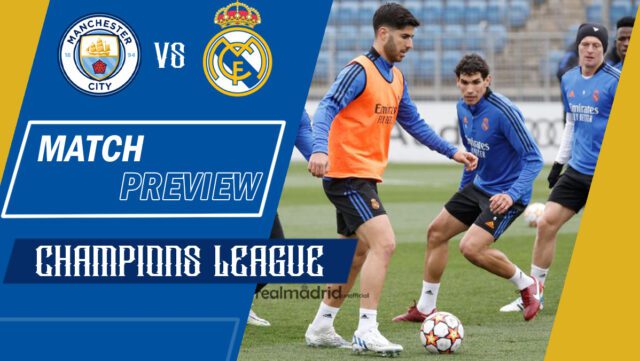 Big moments, big games, big nights – the moments and nights everything is left for the big boys of the competition. It’s Manchester City vs Real Madrid in the semi-final of the UEFA Champions League.

Old foes meet once again, at a step further than where they last met two years ago during the 2019/20 Champions League season.

Four teams remain in the competition – Man City, Real Madrid, Liverpool and Villarreal but it’s the team from the capital of Spain, whose titles in the European Cup are not matched by all the other three teams.

Madrid are record winners of the competition, with Liverpool (among the remaining teams) coming close with seven titles while Villarreal and City are all hoping to win it for the first time.

Real Madrid will be hoping to make it to the final of the competition for the first time since they last won it in 2018, against Liverpool. Since that time, the Los Blancos have had to battle their way with eliminations with the closest they have been to winning coming last season when they were knocked out in the semi-final by Chelsea.

In the 2021/22 season, Real Madrid face an English side in the semifinal of the competition once again but this time under a different manager and quite a number of changes to the backline compared to their last meeting.

This will also be the second time Madrid will have to battle City in the semifinal of the Champions League after the pair met at the same stage in 2016 when Madrid went on to win their 11th European Cup title.

Man City have had a brilliant UCL campaign so far with the 10 games they have played. The more impressive thing about their campaign is the fact that the reigning Premier League champions are yet to concede a goal in the knockout stages of this year’s tournament. City have also scored six times in that run.

Pep Guardiola’s side were 5-1 winners in their last league game over the weekend, ending up on the winning end of a 5-1 drubbing of Watford. Gabriel Jesus scored four times in that game while Rodri was also on the scoresheet.

With the Spaniard facing a lot of injuries in his team, he had to give rest to some of his players to give them enough time to recover for the game against Madrid. Kevin de Bruyne, Rodri, Aymeric Laporte, Riyad Mahrez, Bernardo Silva, and Phil Foden were among the players Guardiola decided to protect over the weekend.

For Real Madrid, there was no league game over the weekend and Carlo Ancelotti’s side have enough rest to upset the Premier League side. However, the Italian is faced with a selection headache ahead of the game.

David Alaba, Casemiro and Ferland Mendy are players said to be doubtful for the game though the Frenchman is reported to have a better chance of playing compared to the others.

Kevin De Bruyne looks to be a key threat in Man City’s game since he joined the club from Wolfsburg. The attacking midfielder has contributed to three goals in the Champions League this season and will be looking to add to that tally on Tuesday. The Belgian delivers 2.4 key passes per game, something the Madrid midfield would need to be wary of.

But Manchester City also have lots of concerns as well. Karim Benzema is in the form of his life and despite missing two penalties in the win over Osasuna, the forward is as clinical as any of the top strikers in the world at the moment. Benzema has been directly involved in 13 goals in Madrid’s campaign, hence he holds the key to Madrid’s progression. More than half of Bemzema’s 12 goals in the competition have come in the last three games (3 vs PSG, 3 vs Chelsea (A) and 1 vs Chelsea (H).