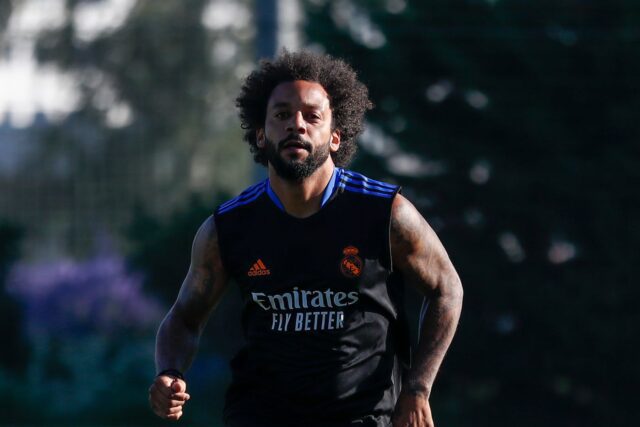 Real Madrid defender, Marcelo has described the opportunity to captain the team as an ‘honor’ ahead of the club’s 2021/22 campaign.

Marcelo, who seem to have lost his spot in the team for some time now could be given an opportunity to be considered as an integral member f the squad once again after being named the club’s captain.

The Brazilian spoke to Real Madrid TV about his new role following the departure of Sergio Ramos on a free transfer to Paris Saint-Germain.

“It’s an honor and an enormous responsibility to be captain of the greatest club in the world. I’m extremely lucky,” he said.

Despite being on the receiving end of limited chances, the veteran left-back says he will always be available to help the team when called upon.

“When you are a Real Madrid player you wake up every day full of desire and that grows after every season. I’ve been here for a long time, but the desire is still there and it just keeps on growing. I’m really looking forward to the start of the new season,” he explained.

Marcelo also revealed that staying at the Santiago Bernabeu will mean he helps the young players in the squad adapt well to the demands of the game.

“I’d say that rather than teaching them things, I try to help them with things that they’ve maybe not experienced before: things in training, managing the ball, listening to the coach, being more aware of what the fitness coach is asking for…. Normal things like that because we know that they’re all quality players. As footballers, we have a limited amount of football in us, but it’s very intense. It’s important to learn every day,” explained Marcelo.

Having finished last season without a trophy, Marcelo is aware the players need to respond very well to that in the upcoming season.

“We’re aware that it’s very tough to go through a season without winning a title, but we fought till the end of the season. I’m sure we’re going to win something. We’re very happy, we’ve still got players to come back from international duty or on holiday, but we’re very motivated for the season to start,” he concluded.