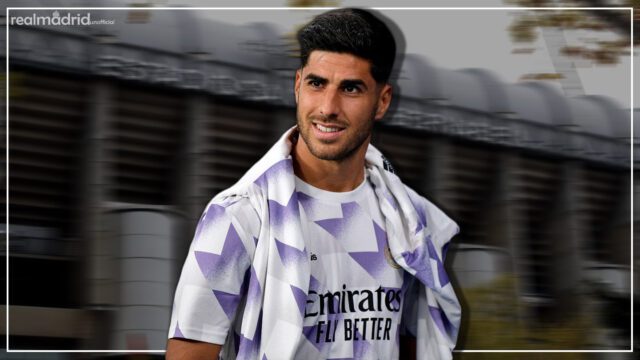 In the 2016/17 season when Marco Asensio struck that ball against Sevilla to win Real Madrid the UEFA Super Cup, you would have obviously thought the lad was the next crowned Prince of the Santiago Bernabeu.

Even more evident, his performances against Barcelona and other vital games in the Champions League also backed him up for a strong place in the hearts of Madridistas. However, Asensio looks to have fallen down the pecking order at the club in the 2022/23 season.

He has a new role under Carlo Ancelotti this season and that role – requires he stays on the bench more often.

Having returned to the club after a successful loan spell with Espanyol, Asensio played 38 games across all competitions for Madrid in his maiden season (2016/17) with the club.

The only competition the then youngster failed to feature in was the FIFA Club World Cup.

In the Spaniard’s 38 appearances, he scored 10 goals and assisted four times and looked like the perfect heir to Cristiano Ronaldo with regards to the left wing.

Asensio in his second season

Still under Zinedine Zidane and fresh from winning his first Champions League title, Marco Asensio couldn’t wait to improve on his game. He was fast becoming a fans favourite at the Bernabeu and rightly so he had won the plaudits of his manager and the technical team as well.

In his second season, Asensio went a step higher than he did in terms of his goals while his assists were two better than in his debut campaign.

It was in this season that the famous strike against Barcelona at the Camp Nou happened and raised comparisons between his left foot and that of Lionel Messi’s.

The injury that was never meant to happen

Just when everything looked to be going well for Asensio, he experienced the unfortunate. On 24 July 2019, during a preseason match against Arsenal, he tore his ACL.

Soon after scoring Madrid’s second goal during Tuesday’s 2-2 International Champions Cup game with Arsenal in Washington, D.C., Asensio fell to the floor following an accidental collision and it was immediately evident a serious injury had occurred.

Just six minutes before going off injured, the youngster had reminded everyone just what he can do, starting and finishing a fantastic team move with an emphatic finish, drawing his team level with Arsenal.

After 11 months out, Marco Asensio returned to the scene once again in June 2020, in a 3–0 win over Valencia, he came on for Federico Valverde in the 74th minute, scored the second goal with his first touch, and provided the assist to Karim Benzema for the third goal.

What Marco Asensio’s absence meant for the team

In the absence of Asensio, there was the birth of another young Brazilian, Rodrygo Goes – while Vinicius Junior had started playing his best ball.

The right-wing, which was obviously beginning to be Asensio’s had been the hottest fighting spot in the team with Rodrygo, Lucas Vazquez and Gareth Bale going head to head but the latter’s attitude and unavailability ensured the Brazilian grew his game.

It is no surprise that in the last two seasons, that spot has had different players balling there and ultimate Federico Valverde looks to be the newly-found love for Ancelotti in that area of the field.

This shouldn’t have been allowed to happen but it is what it is – Marco Asensio actually has less than a year left on his current deal at the Santiago Bernabeu.

In the wake of the season starting, Marco Asensio was heavily linked with a move away from the club.

AC Milan, Arsenal and Manchester United were said to be keeping an eye on his situation but neither of the clubs made an approach to sign the winger.

Real Madrid have played nine matches all season in the 2022/23 campaign but Asensio has only been involved in four of these games.

In fact, the Spain international is yet to start a game for Los Blancos this campaign while he has only enjoyed 47 minutes across all competitions.

He has made two appearances each of the bench in the Champions League and the La Liga with Ancelotti preferring other players to him.

So far this season, Valverde is the player to have enjoyed the most minutes in the right-wing position and his performances merit many more opportunities.

It will be interesting to see how Asensio will adjust to being a bench warmer but at there moment there is more to be given him considering Rodrygo has also played well anytime given a chance.

For Asensio, the target will be to make the most out of the limited opportunities he will get in order to market himself once again and get teams coming in for him at the end of his contract at the Santiago Bernabeu.

PHOTOS: Real Madrid squad in Glasgow ahead of Champions League match vs Celtic