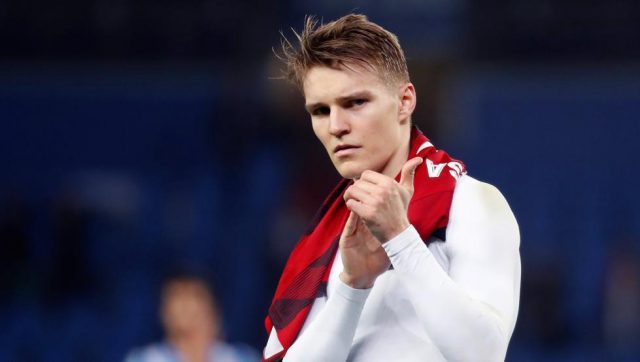 Arsenal are edging closer to the announcement of Martin Odegaard’s arrival from Real Madrid. Odegaard is expected to sign for Arsenal on a six-month deal with no option to buy.

The 22-year-old after a fruitful loan spell last season at Real Sociedad was expected to play a key role for Zinedine Zidane this term, but that has not been the case. His chances came in the early parts of the season but a couple of bad games and injuries interrupted his game time at the Santiago Bernabeu, demoting him down the pecking order.

His lack of playing time has however triggered a move away from the Spanish club with Mikel Arteta’s Arsenal ready to offer him an opportunity in the remainder of the season.

It may be an opportunity being given to the youngster, but Odegaard could actually prove to be the missing piece in Arsenal’s fine artifacts under Arteta.

Mikel Arteta has done everything but secured a well-experienced creative midfielder in his team, which has had an effect on them in some games back. However, in Odegaard, they could be on the verge of filling that void that has been missing since former player Mesut Ozil’s time in the team was cut short.

The attacking midfielder’s greatest asset to his game is the fact that he has a vision for good passing as witnessed in the video below. But the ones to make these passes clear cut opportunities will be the attackers.

In this video, we see that all the midfielder does is to wait and pick up the runs of the players around him. Hence the movement from both fullbacks and the attackers will need to be a workload for Mikel Arteta to justify and breakdown for his team.

Odegaard’s vision and technical skills in the final third of the field are what could drive Arsenal to find their feet in terms of their attack and it will be a nice scene to see the Norwegian flourish in the Premier League.