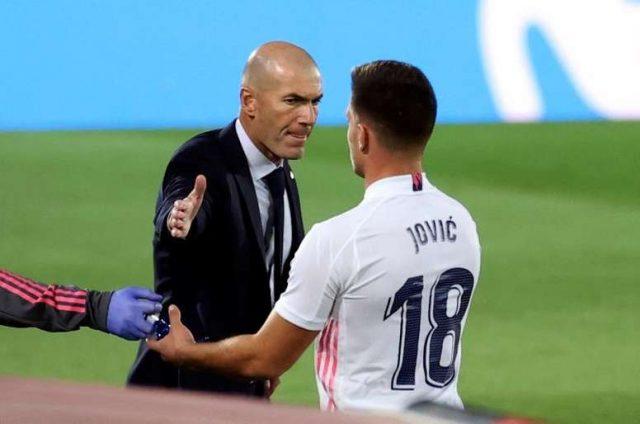 Ahead of their all important game against Borussia Mönchengladbach on Wednesday night, Real Madrid have been dealt an injury blow to the squad.

According to reports, both Martin Ødegaard and Luka Jovic are ruled out of the UEFA Champions League game after picking up injuries.

The Norway international didn’t train with the team on Monday and was scheduled for tests the following day. The press indicate that he had picked up an injury in the left leg but the club are yet to determine the extent of injury suffered.

Considering Federico Valverde is yet to recover from his injury, Ødegaard’s injury leaves the midfield department with very little options and he is also certain to miss the home game against Atlético Madrid in the Spanish La Liga on Sunday.

However, on Jovic the club have confirmed that the Serbia international has suffered a groin injury and is likely to miss 10-15 days of action.

A report published on the Madrid’s official website read: Following tests carried out today on our player, Luka Jović, by Real Madrid Medical Services, he has been diagnosed with tendonitis in the adductor muscles of his right leg. His recovery will continue to be assessed.

The latest setback is one that the forward will be unhappy about considering that he has only just recovered from testing positive for coronavirus.

Madrid are also without Mariano Diaz for the game meaning Karim Benzema is the only natural striker left in the team while Hugo Duro could be in line for another first team squad inclusion.