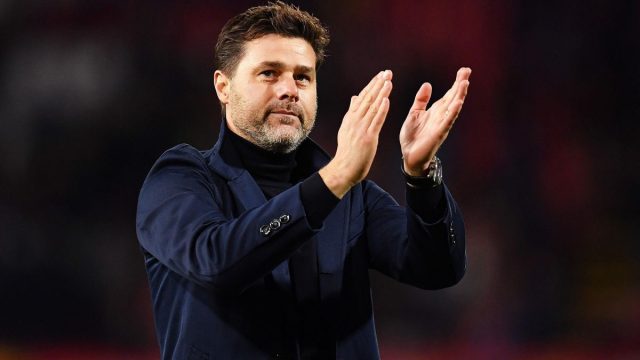 New Paris Saint-Germain manager Mauricio Pochettino has revealed he has his heart set on managing Real Madrid at some point in his coaching career.

The Argentine has been on the shortlist of the Spanish club for more than just a year, with the former Tottenham Hotspur manager coming close to the job in 2018 after Zinedine Zidane decided to step down from his post.

Pochettino thought it was important to see out his contract at the Tottenham Hotspur Stadium back then, as the club opted for Julen Lopetegui, but he has always continued to hold the club insight and dreams of being in the dugouts at the Santiago Bernabeu one day.

“As a player, I had the opportunity to sign for Madrid but for some reason, it didn’t happen,” Pochettino told Enrique Ortego in an interview for AS. “When I first joined Espanyol in 1994, with Camacho, he always told me about the culture, the mentality, what it meant to be part of a family-like Real Madrid. His words always stayed with me. Then, later on, the same happened when I chatted to Alfredo di Stéfano. As I got older, Camacho’s influence really started sinking in. He represented the values of Madrid and the soul of the club.”

“It was always my objective to one day be able to play for Real Madrid and when you don’t realize a dream, you say, ‘Well, look, one day I’d like to coach Real Madrid – after Espanyol. And why not one day coach Argentina, because I was born with the Argentinean flag on my chest. Those are the two things in football that I would say I would like to achieve’.”

The 48-year-old is likely to add trophies to his resume in the next few years should he succeed at the French club. And should that happen, there could be some considerations for Pochettino should the managerial job at Madrid become vacant.