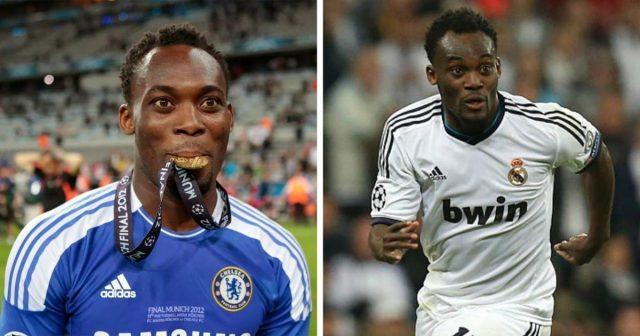 Former Real Madrid midfielder Michael Essien has opened up about his loan move to Real Madrid in August 2012. He was reunited with his former manager at Stamford Bridge Jose Mourinho at Real Madrid. At his first introductory press conference with Real Madrid, Mourinho called Essies as ‘his son’ while Essien referred to Mourinho as his ‘Daddy’.

“A strange number called me but I didn’t want to answer it, but my cousin, who was in the room with me that day, told me to pick it up,” Essien told GhanaWeb.

“The number kept calling so I picked and, as soon as I said hello and another hello came from the other end, I realised who was on the phone. I told my cousin it’s Jose Mourinho.

“We had to change our plans because we were about to leave the hotel to the stadium to play Atletico Madrid.

“Real Madrid were doing their [negotiating] with my agent and I was on the bus as we were about to leave to the stadium. [My agent] said he had to send some fax to some people so I had to shout at the bus driver to stop like some mad man. 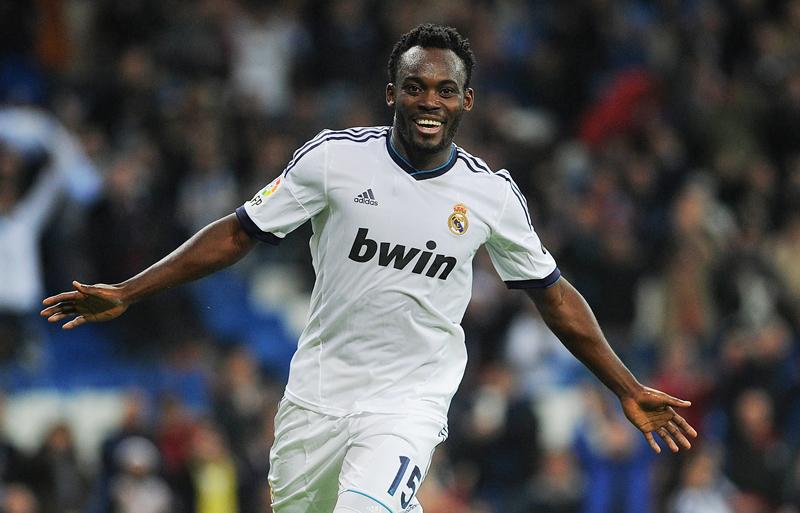 “All my teammates were looking at me like: ‘Michael what’s going on?’

“The bus stopped and I went back to the hotel to wait for my agent. My agent came and sent the fax and thankfully everything got finalised on time. I told him I have to go to the stadium because at least I had to pick my boots. We got to the stadium but then they had finished the match.

“I joined my teammates on the pitch but some of them had heard the news that I was going to Madrid. I explained to them that this deal came up and I had to return to the hotel to finish the paperwork.

“So, in coming back to pick my boots. I had to tell them goodbye.”

“After the ceremony, we went back to the dressing room where I properly wished them goodbye. I just took my shin pad and boots and that’s it. I said bye to everyone including Abramovich, wished me good luck.

“The next day I was on a plane to Madrid. I went to Madrid with just my boots, shin pads, one jeans, one shirt and my Chelsea tracksuit.

“I got to the airport Jose was there waiting for me. He greeted me and I went to the hospital to undergo my medical.

“The next day, I started training.”