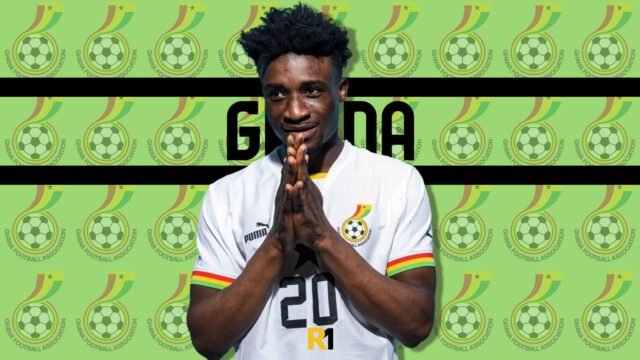 Real Madrid have become the latest side to be linked to Ghana international Mohammed Kudus following the player’s stunning output for the Black Stars at the World Cup.

The budding midfielder has risen to stardom in the last few years but that status seems to have intensified after his start to the 2022/23 season and his display at the World Cup in Qatar.

Prior to moving to Ajax, Kudus had been the brightest prospect in the FC Nordsjaelland team and had been monitored by several top clubs.

However, the 22-year-old revealed in an interview with Ghana-based Joy Sports that the rationale behind his move to Ajax was to continue his development as a young player.

“I had other options from the Premier League and the Bundesliga,” he said. “I chose Ajax because I wanted to take one step at a time and not a big step. Looking at the history of Ajax and how they wanted to play, and their history of developing young talents, I thought it was awesome for me to join them, which I did.”

Fast forward to three years at Ajax and Kudus continues to be the subject of interest with his recent performances sparking lots of reactions from big clubs in Europe.

Borussia Dortmund, Liverpool, Chelsea, Barcelona and Real Madrid are all reported to have watched the midfielder during Ghana’s campaign at the World Cup which ended on Friday, December 2, following the loss to Uruguay in their group game.

Perhaps heading into the competition as the Black Stars’ most in-form player, the Right to Dream academy graduate deserved all praise and attention. It was no surprise that he set up Ghana’s equaliser when the team was trailing against Portugal in their opener.

In the second game, which perhaps did justice to his name, Kudus scored twice and ensured Ghana wrapped up all three points against South Korea.

It’s unfortunate the world will not see any more of him but Kudus needs to prove nothing again as his World Cup performances are enough for clubs to make a decision.

With Madrid joining the race, could the player be a worthy replacement in Madrid’s midfield for the long term?

Normally played as a No.10 or a false 9, Kudus does not shy away from being played as a part of a flat middle three as has been the case for Real Madrid.

More also, the player could be vital for Los Blancos should Carlo Ancelotti decide to switch to a double pivot in midfield while needing the services of a natural attacking midfielder.

Kudus is no doubt talented and his level of experience has not been doubled after his involvement in Qatar with the Black Stars.

Whether or not Real Madrid will decide to pursue him, the future is the best time to tell.