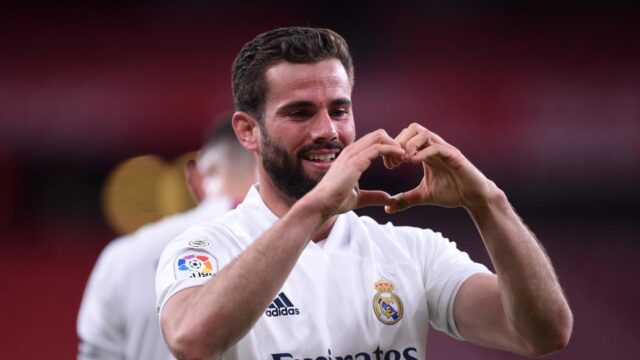 Spain international, Nacho Fernandez has officially extended his contract with Real Madrid ahead of the commencement of the 2021/22 campaign.

Nacho has put pen to paper on a new two-year deal at the club which will see him play for the Los Blancos until the summer of 2023.

A statement on the club’s official website read: Nacho Fernández signed his contract renewal at Real Madrid City alongside club president Florentino Pérez. The defender penned a deal that ties him to our club until 30 June 2023. After signing his new contract, he was presented with a shirt featuring his name and the number 2023.

The 31-year-old has been with the team from the academy and looks set to continue from where he left off last season.

Nacho made his debut for the Los Blancos in 2010 and has been an instrumental part of the club since then, going on to win so many accolades.

He is expected to be a big part of Madrid’s season in the 2021/22 campaign following the departure of Sergio Ramos to French outfit, Paris Saint Germain.