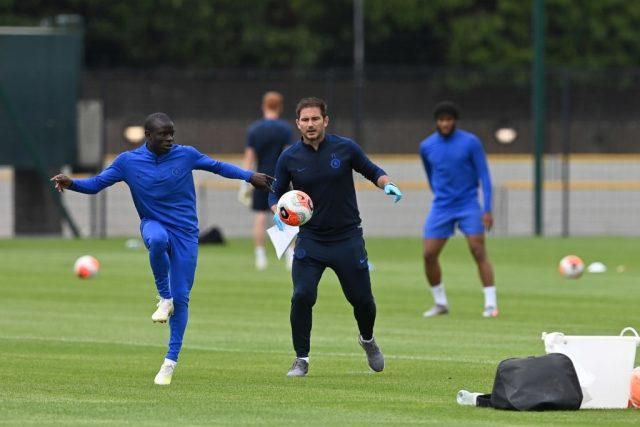 According to reports in the English press, tensions between Frank Lampard and N’Golo Kante could propel the Chelsea midfielder to demand a move to Real Madrid in the summer.

The France international is understood to be dreaming of a move to the Santiago Bernabeu though he is yet to confirm that by himself.

Chelsea manager has reportedly refused to grant the midfielder the chance to miss the club’s training in an attempt to attend a friend’s wedding – a decision the midfielder is said to have struggled to accept.

The 29-year-old has not had the best of years since the departure of Antonio Conte from the west London club, and has been mostly played out of position since the arrival of Jorginho, who was signed by former manager Maurizio Sarri during his time at the club.

The former Leicester City defensive midfielder also saw his first season under Lampard rocked by injuries, limiting him to 20 starts in the Premier League during the 2019/20 campaign.

A move to Madrid is said to be one that the player dreams of, per reports from French outlet Le Parisien and they also add that the player will welcome the idea of joining Zinedine Zidane’s side.

However, the Spanish giants are yet to show any genuine interest in the Frenchman, who will turn 30 in five months time.

Madrid are only looking at the possibility of Rennes midfielder Eduardo Camavinga, who is seen as a long term replacement for Casemiro at the club.

A move for Kante would mean that Madrid would have to put the signing of the 17-year-old on hold, and that is not what the chiefs at the club are planning as they hold out for building a team that is capable of dominating in the next few years.

Kante has a contract at the Stamford Bridge which runs until the end of the 2022/23 season.