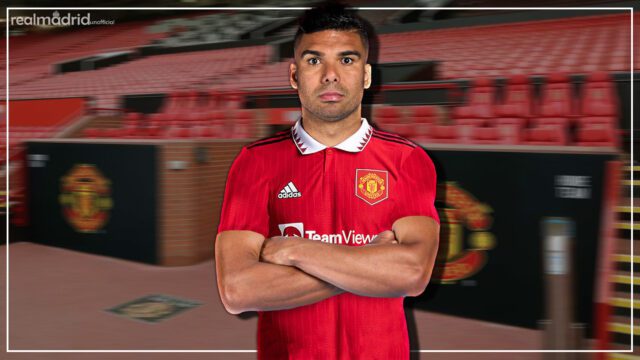 What looked to be a dream has become reality and it is quite unexplainable how Real Madrid fans will receive this news. Casemiro is the latest player to depart the Santiago Bernabeu and who would have thought the 48 hours ago rumours were going to be that serious? The Brazilian will brings a long stay at Madrid to an end this summer with a move to Manchester United.

Perhaps everyone thought the news was just rumours until Carlo Ancelotti confirmed the news in his press conference ahead of the game against Celta Vigo.

“There were rumours, but until yesterday I didn’t know what could happen. In any case, Madrid’s plans do not change. We lose a high-quality player,” Ancelotti said on Friday.

“I have talked to him. He wants to have a new challenge. The club understands it, we have to respect that desire. Now there are negotiations, but he continues to be a Madrid player. However, his will is to go out. And if he leaves, we have resources.

“It’s a personal matter. Casemiro knows what Madrid is, but he is willing to leave. I spent time in Milan but I wanted to try something new even though that was my family. I understand him.”

Fast forward some hours later, both clubs have confirmed that an agreement has been reached for the transfer of the Brazilian.

Man United will pay 70 million pounds in total for the services of the 30-year-old, an offer too good for Madrid not to accept. However, Casemiro’s departure now means huge pressure for the new signing, Aurelien Tchouameni, who arrived from AS Monaco this summer.

Casemiro may be leaving but his nine years of service for the Los Blancos will be remembered for years to come.