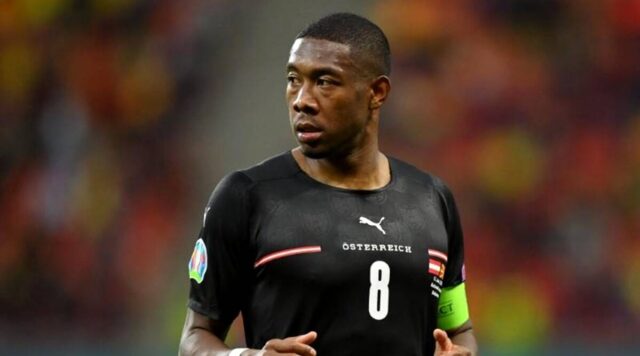 David Alaba will be presented as a new Real Madrid player on Wednesday, the club have confirmed.

The Austria international joined Real Madrid following the expiration of his contract with German outfit, Bayern Munich at the end of the 2020/21 season.

The defender is also likely to join his teammates for his first training after the presentation as well as meeting head coach Carlo Ancelotti.

With Raphael Varane being heavily linked with a move away from Spain to join Manchester United, Alaba is expected to play a crucial role for the club in the upcoming season.

His versatility could also be a good option for Ancelotti knowing that the 29-year-old can play as a centre-back, a left-back, or even as a midfielder when the need arises.

Alaba played all four games for Austria during the 2020 European championships, which saw his side being knocked out by Italy in the round 16th stage.