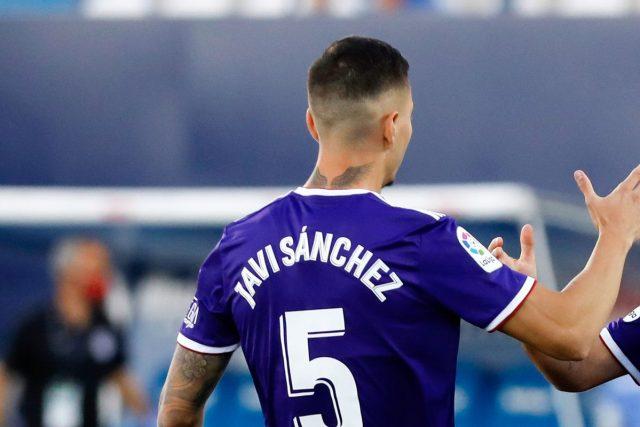 Real Madrid have announced the transfer of centre-back Javi Sanchez to Real Valladolid on a permanent deal.

The defender who initially joined the club on loan has now put pen to paper on a permanent contract and will continue with Valladolid after the end of the current campaign.

Los Blancos confirmed the 23-year-old’s departure through the club’s website but failed to reveal the transfer fee involved in the deal.

“Real Madrid C. F. and Real Valladolid C. F. have agreed the transfer of Javi Sánchez,” the club said. “The club would like to thank Javi Sánchez for all these years of commitment, professionalism and exemplary conduct, ever since he joined our academy in 2005 at 8 years old, and we wish him the best of luck in this new stage of his career.”

With Mohammed Salisu expected to leave Valladolid in the summer, it was always an option for them to take advantage of Sanchez’s availability.

The defender made his Madrid debut on October 31, 2018 under then manager Santiago Solari against UD Melilla in the Copa del Rey before making a Champions League maiden appearance a week later after replacing Sergio Ramos in game against VC Viktotia Plzen.