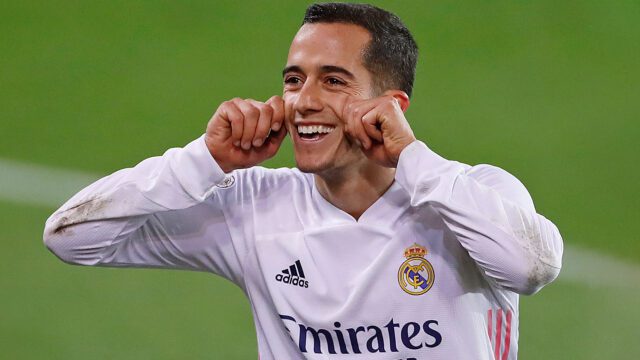 It’s official, Lucas Vazquez will continue to be a Real Madrid player until the summer of 2024. The winger put pen to paper on a new three-year contract extension at the Santiago Bernabeu.

The Spain international was in the last moments of his career at Madrid having failed to reach an agreement to extend his stay.

However, the club have now agreed that the player will continue to be a Madridista after signing a new deal at the club.

“Real Madrid C. F. and Lucas Vázquez have reached an agreement to extend the player’s contract and he will remain at the club for the next three seasons, until 30 June 2024,” a statement on the club’s official website reads.

💬 @Lucasvazquez91: “I think it something beautiful to continue my dream here, at my home. A place I feel like mine”.#LucasVázquez2024 | #HalaMadrid pic.twitter.com/1XZBAWjT9v

Lucas Vazquez looked certain to walk away from the team as a free agent as Madrid were unwilling to meet the conditions the player was looking for. However, these issues have been resolved with both parties now ready for the next adventure.

Until his knee injury against Chelsea, Vazquez was an important figure in the Madrid squad during the 2020/21 campaign and spent most of his season playing as the right-back due to Dani Carvajal’s absence.

His extension will see pressure mount on Carlo Ancelotti, who has been appointed as the new coach of the Los Blancos, as to who to play on the right-wing – a position that has seen very little competition since Gareth Bale became a trusted team player.