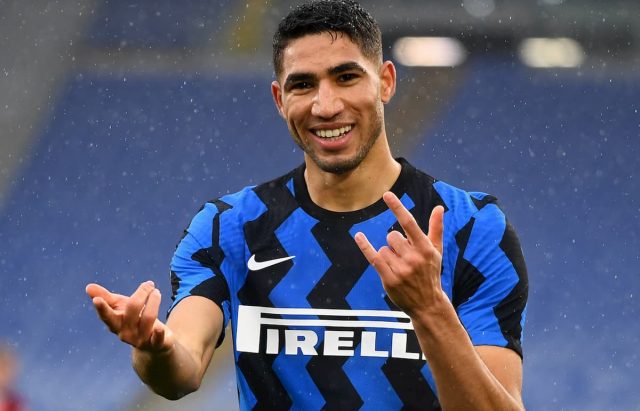 Having seen reports of them providing an ultimatum for Inter Milan to pay the Achraf Hakimi transfer fee or return the player, Real Madrid has quickly moved to clear the media space by denying the reports.

The reports were being circulated on media platforms on Saturday’s eve with the Spain side claimed to be demanding Achraf Hakimi’s initial payment from Inter for the transfer, who joined Antonio Conte’s side during the summer transfer window.

Inter are currently experiencing financial difficulties, which is a result of the economic problems of Suning Holding group, the Chinese company which owns the Italian club.

In a statement posted by the LaLiga side on their official website, they downplayed claims that there was an issue with Inter, stating: “In relation to the information published by Corriere dello Sport about alleged tensions between our club and Inter, Real Madrid wants to state that said information is flatly false.

“Real Madrid has not proceeded at any time to an alleged requirement of guarantees from Inter, as stated in the publication. The terms of the player’s transfer to Inter are framed within the usual and normal contractual relationships between football clubs.

“And more in this case with Inter, with whom Real Madrid has always maintained and maintains excellent relationships as a historic club and friend.”