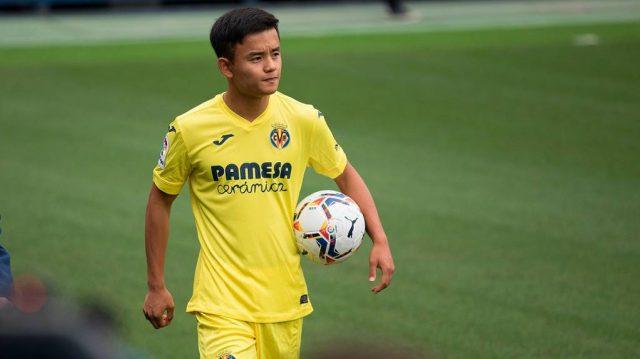 Spanish side Villarreal have announced the loan signing of Takefusa Kubo from Real for the 2020/21 season.

The 19-year-old who was involved in nine goals in 35 games for Real Mallorca in the Spanish La Liga will not play for the Yellow Submarine in the upcoming season.

His move to Unai Emery’s side will also see him be involved in the European games after the club qualified for the Europa League following their fifth place finish last season.

“Villarreal and Real Madrid have reached an agreement for the loan of the Japanese midfielder Takefusa Kubo, who will play for the Yellows for the 2020/21 season,” a Villarreal statement released on Monday afternoon started. “Kubo is a young midfielder who has excellent ball control and stands out for his extraordinary ability to beat opponents, as well as his excellent reading of the game.”

Kubo will become Villarreal’s first summer signing but the club are also making progress with deals to sign Valencia duo of Dani Parejo and Francis Coquelin.

Los Blancos will also receive a fee of 2.5 million euros from the season-long loan move from Villarreal for the Japan international.

Emery’s team beat competition from rivals Granada, Sevilla, Real Betis as well as European giants Bayern Munich, and Ajax who were also keen on the services of the teenage sensation.

The Villarreal manager is also said to be delighted to have the player after he played a key role in convincing the youngster to move to Estadio de la Ceramica.