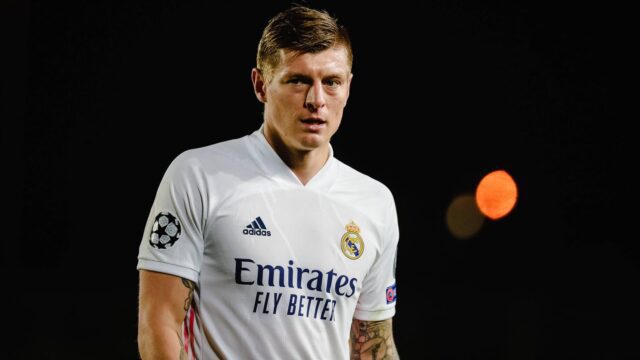 Real Madrid have announced that midfield star Toni Kroos is currently in isolation due to the Covid-19 protocol.

The German international is said to be in quarantine for the next days ahead following contact with someone who has tested positive for the virus.

Madrid confirmed through their official website in the early hours of Friday. The statement read: Real Madrid C. F. reports that our player Toni Kroos is currently in isolation after being in contact with a person who has tested positive for COVID-19, although all tests carried out on the player have come back negative.

Kroos however has seen a negative result in his tests so far but he is unlikely to take part in the crucial game against Athletic Bilbao over the weekend.

Toni Kroos was looking to come fresh into the game against the Basque club after being rested on Thursday during Madrid’s 4-1 win over Granada.

However, his absence becomes yet another headache for Zinedine Zidane will perhaps have to play the two remaining games without his key man.