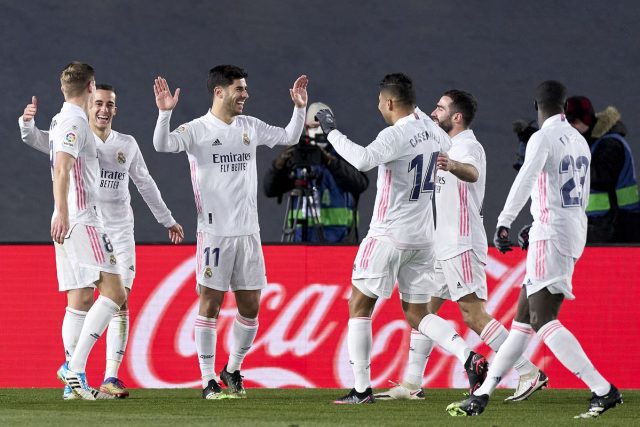 Real Madrid will be looking to make it back-to-back wins in La Liga when they take on Osasuna in the La Liga on Saturday night.

They last lost a league game to Osasuna during the 2010/11 campaign, a 1-0 defeat when they visited Pamplona. However, things have been quiet different since then with the Los Blancos gaining dominance over Osasuna in the last decade.

Saturday night will be another opportunity for the home side to try and put a stop to that duck which has seen them suffer in the hands of Madrid in the last ten years.

In this piece, we look at some potential battles which could turn up over the weekend and possibly define the outcome of the encounter.

Oier has featured 15 times for Osasuna this campaign, registering two assists in the process. His only goal so far this season came in midweek in the Copa del Rey game against UE Olot. He will battle out with Casemiro on Saturday, another important figure in Madrid’s team who has continued to excel under Zinedine Zidane so far.

The winner of this battle could ease the pressure on his team in the middle of the park.

Madrid’s key problem against compact sides have always been creativity. With Eden Hazard’s availability gives his side a solution to deal with such threat. The Belgium international hasn’t gelled yet to his side’s performance but there is a lot of optimism going into this game. Nacho Vidal is likely to be the man to face the 30-year-old over the weekend.

A good time to watch perhaps two of the best individual performers in the league this season. Despite his side’s position, Herrera has put up a good show so far in the top-flight keeping four clean sheets in the process. Courtois has seven clean sheets to his name and has been to the rescue of his team on numerous occasions, which could also come into play tomorrow.

Garcia has contributed to six goals in 16 games for Jagoba Arrasate’s men and has been one of their dangerous forwards in the league. With Dani Carvajal missing out through suspension, Garcia could come up against Alvaro Odriozola who hasn’t played so much football this season due to a calf injury.