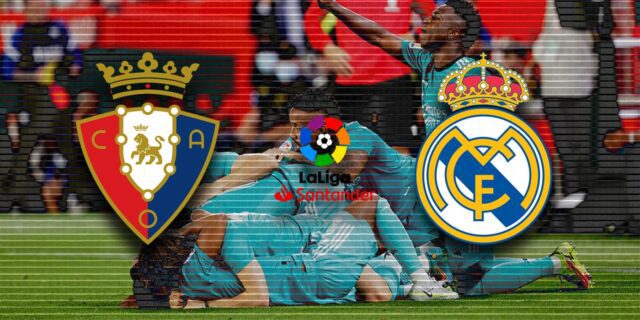 After another comeback win over Sevilla on Sunday, April 17, Real Madrid are now more poised to fight for their 35th Spanish league title.

Carlo Ancelotti’s side have been impressive in their last few showings except for the 4-0 drubbing at the hands of Barcelona at the Santiago Bernabeu.

Since that game, Real Madrid have won four of their last five games, with the other being a 3-2 loss against Chelsea which also ensured their progression to the last four of the UEFA Champions League with an aggregate score of 5-4.

Barcelona’s loss to Cadiz in the league on Monday now means the Los Blancos need just seven points in their remaining matches to win this season’s La Liga title.

Real Madrid faces Osasuna in their next league game away from home as they kickstart their journey to title number 35.

In the last 10 games between these two teams, Madrid have had the better record, winning seven of those games. However, Osasuna is yet to record a win during the said period while the other three have ended in drawn games.

Osasuna will be without the trio of Jesus Areso, Juan Cruz and Kike Garcia, who are all suffering injuries while Ancelotti has been faced with bad news in the early hours of Tuesday, April 19, with Casemiro ruled out of the encounter.

Ferland Mendy, Eden Hazard, Jesus Vallejo and Marcelo are also expected to miss the game while Dani Ceballos and Luka Jovic have returned to training.

With seven-goal involvements in the 2021/22 La Liga season, Ante Budimir has played a key part of Osasuna’s season so far and could likely be the worry for the Los Blancos. The Croatian has built a great partnership with Chimy Avila and could be the duo that may issue a threat to Madrid’s injury-stricken defence.

There is no denial that Karim Benzema has been the best player in the world so far this season. The forward’s goals in the league have won the club a whopping 19 points as they look to wrap up the league title.  With 25 goals and 11 assists in the league, the Frenchman is a threat on any day to any defence.