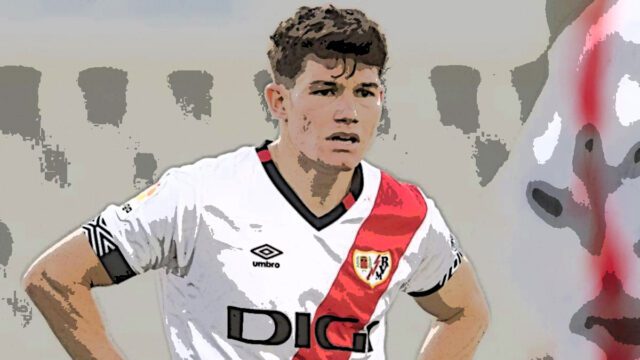 Ferland Mendy has become a popular figure at the Santiago Bernabeu since securing his move in the summer of 2019 from Olympique Lyon. Though he has come under criticism on some occasions, the Frenchman has put in a good shift anytime he has been on top of his game.

Some have likened some of his inconsistent performance at the club to the regular injuries he tends to suffer at some point in the season, with this campaign no exception.

Mendy has featured in 101 matches for Real Madrid and has scored four goals and assisted three times. His output in terms of goals contribution is low comparing it with the number of matches he has played.

He sustained a serious injury back in the 2020/21 season which prevented him from playing for 125 days.

With veteran Marcelo expected to depart the club at the end of the 2021/22 season, the Los Blancos are reportedly in the market for a replacement.

Spanish footballer Francisco “Fran” Garcia who plays for Rayo Vallecano as a left-back has been touted as the first candidate to sign for Madrid in the summer. He’s closing in on joining Real Madrid back according to various Spanish outlets.

There have been talks between Real Madrid and Rayo Vallecano over a possible move.

The 22-year old has been inspirational since joining Rayo Vallecano. He initially joined Los Franjirrojos on loan in the 2020/21 season before he switched permanently to Rayo Vallecano.

For a player who played for Madrid’s academy team, Garcia is expected to have an easy time adapting to life in Real Madrid while also providing stiff competition to Mendy.

Though yet to be decided, Miguel Gutierrez could be on the way out of the Bernabeu in the summer for a loan move should Madrid decide on getting the Vallecano defender. Gutierrez has failed to impress Ancelotti in the Italian’s maiden club season but injuries have played a huge part in his inactivity this campaign.

It might not be the end of Ferland Mendy at the Santiago Bernabeu but will help promote healthy competition for the left-back spot at the club.

Should Madrid sign Fran Garcia, Ferland Mendy will have to improve his game to remain the first choice left-back.