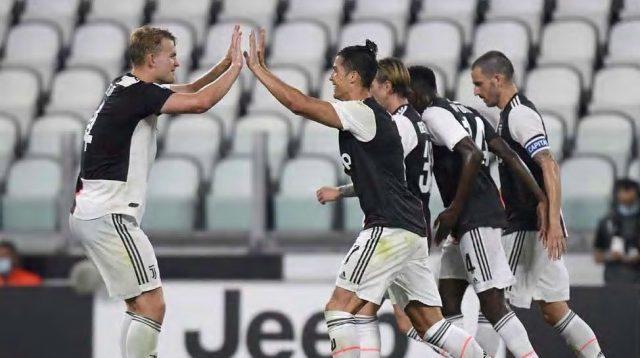 Draw for the UEFA Champions League quarter-finals was made on Friday with teams identifying the path they are likely to face until the final of the competition.

The draw could see Real Madrid face Juventus in the next round should they manage to overcome Manchester City, with the Italian side also kicking out Olympique Lyon.

Los Blancos trail City in the unfinished last-16 tie after losing 1-2 at the Santiago Bernabeu in the first-leg. Juventus on the other hand also failed to beat the Ligue 1 side, losing 0-1 in France before the suspension of the tournament.

Zinedine Zidane’s men will travel to England to play the Citizens at the Etihad Stadium, with their sights on overcoming the deficit, while Maurizio Sarri’s side will host Lyon at the Allianz Stadium next month.

Should Madrid and Juventus both progress, there could be a reunion between the Spanish giant’s and club legend Cristiano Ronaldo.

The competition is set for a new format starting from the quarter-finals, with games agreed to be played in a straight one-leg knockout tournament in Lisbon throughout August.

The final for the Champions League is slated for August 23 at the Estadio do Sport Lisboa e Benfica.