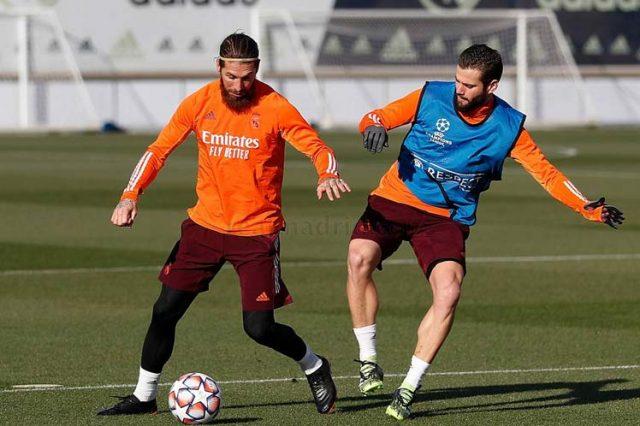 Zinedine Zidane would be please with the improvements both Sergio Ramos and Dani Carvajal have made in the build up to their crucial UEFA Champions League game against Borussia Mönchengladbach.

The pair are back among the squad for Wednesday’s clash and could even walk straight into the starting lineups should Zidane decide to field his strongest team.

The team’s captain returns to the squad after missing the last few weeks as a results of an injury picked up while on international duty with Spain.

Alvaro Odriozola is also in the set up for the game after making a 100% recovery from his injury concern.

While the defensive department has been filled to the maximum, the forwardline has got a few worries with the likes of Eden Hazard, Luka Jovic, Mariano Diaz and Martin Ødegaard all out of the clash.

This is the full list of players called up by the French manager.