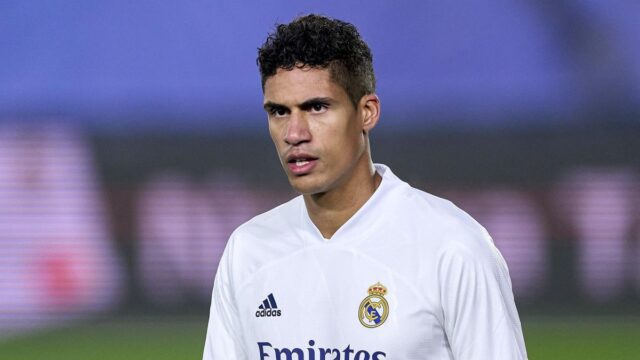 Real Madrid defender, Raphael Varane looks set to join Manchester United this week according to widespread reports in the media.

The France international having been in the Spanish capital for 10 years is said to be seeking a new challenge and has welcomed a move to the English Premier League side.

The 28-year-old’s contract at the Santiago Bernabeu expires next summer but is said not to be interested in renewing with the club despite receiving offers. His unwillingness to extend his deal means Madrid will have to sanction his sale this summer or risk losing him for free at the end of the 2021/22 campaign.

Manchester United and Varane have reportedly agreed on personal terms with the player keen on joining Ole Gunnar Solskjaer’s men for the upcoming season.

However, the English outfit now have to negotiate with Madrid in the coming days to seal a deal before the player’s return to the Spanish capital for pre-season training.

Varane played 31 league games for the club last season, scoring twice and contributing to 12 clean sheets as Madrid finished the season in second.