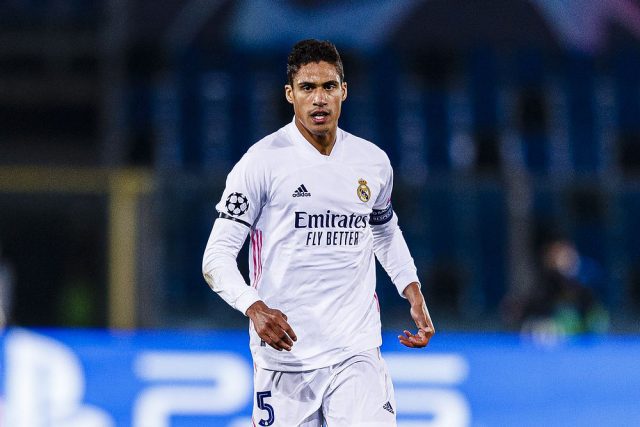 Real Madrid will once again have to do away with Barcelona without first-choice centre-backs Sergio Ramos and Raphael Varane.

The France international tested positive for coronavirus before the UEFA Champions League game against Liverpool at the Alfredo Di Stefano Stadium, forcing Zinedine Zidane to bring in Eder Militao.

Madrid went on to win the game convincingly, beating the Reds with a 3-1 scoreline courtesy of goals from Vinicius Junior (2) and Marco Asensio.

They are however up against Barcelona in their next league game, a game which could decide whether the La Liga title could be heading to at the end of the season.

Given that Ramos is also on the sidelines, Zidane has no option than to opt for the same partnership of Nacho Fernandez and Militao.

Varane is also self-isolating and will miss the weekend fixture with the Catalan club while he is also unlikely to play any role against Liverpool in the second leg of the quarter-finals tie.

His positive return meant that he becomes the sixth Real Madrid player to have contracted the virus after Militao, Hazard, Casemiro, Luka Jovic and Nacho.

Raphael Varane since the start of the 2020/21 season has been playing some good football and has seen his critics go on the low for some time now.

It is all up to Militao, who will be looking to play for his future at the Santiago Bernabeu in the absence of the Frenchman.