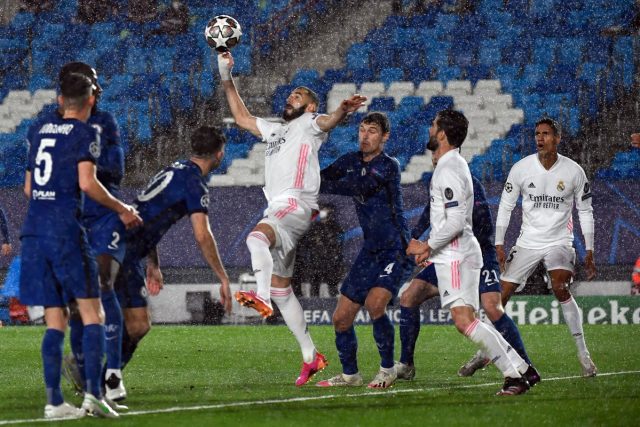 Chelsea secured a vital away goal against Real Madrid as the latter were held to a 1-1 draw at the Alfredo Di Stefano Stadium on Tuesday night.

The first leg of the semi-final round of the UEFA Champions League saw an interesting game between the Los Blancos and the Blues with the game ending in a stalemate.

Christian Pulisic and Karim Benzema scored for their respective teams as Zinedine Zidane failed to record yet another win over Thomas Tuchel.

The Frenchman had never beaten the German in their previous games with the latter boasting of a win in those four clashes.

Thibaut Courtois made a good stop early inside the first half to deny Timo Werner from opening the scoring. However, he lost touch with Pulisic who rounded the goalkeeper before shooting into the net to put his team into the lead.

That lead only lasted for 15 minutes as Benzema came up with an acrobatic finish to level things for his side.

Chelsea saw much of the possession and could have scored more goals but the final decision looked to be a problem for the Premier League side.

A 1-1 draw may sound unfavorable for Madrid due to the away goal Chelsea have but Zidane’s team have all to play for at Stamford Bridge next week.

Ferland Mendy, Sergio Ramos, and Federico Valverde are all expected to be back for the second league in England.